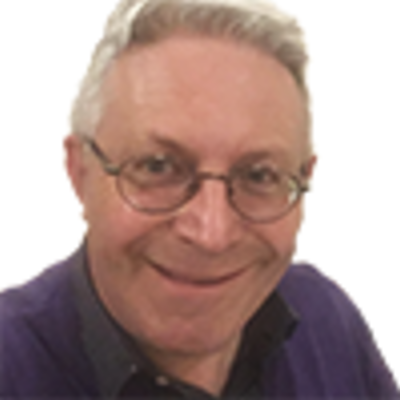 The rain pelted down. It poured and poured, and then poured some more.

Moisture-laden air from the Tasman Sea slammed into the Southern Alps last December, forcing rain clouds to explode upwards and driving torrential rain on to the western slopes.

The rain spilled over into catchments east of the main divide, the water thundering down rivers and into hydro-generation lakes in the southern South Island and along the Waitaki and Clutha rivers. 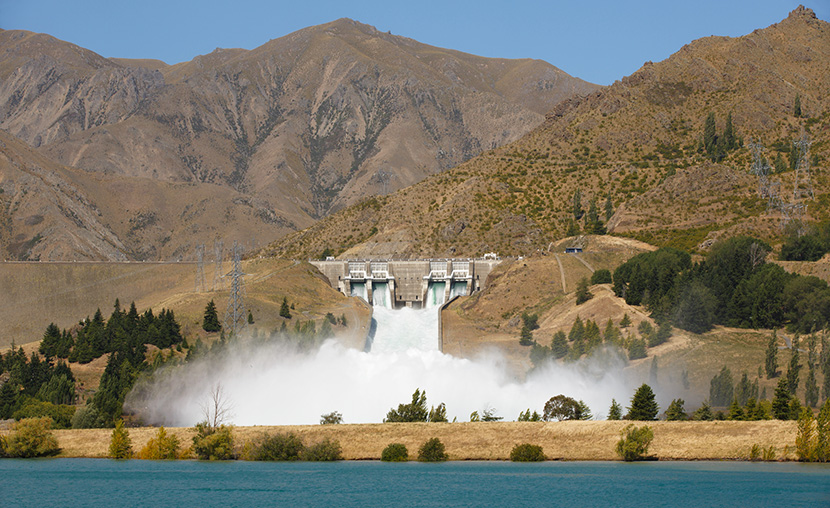 Generators Meridian Energy and Contact Energy began spilling water to cope with the inflows but electricity prices on the spot market remained higher than might be expected, averaging around 15¢ a kilowatt hour (kWh, or “unit”). For about 10 years until 2018, the average spot price was around 7.5¢.

So if spot prices can stay high when there’s so much water, is the market broken?

The EA’s preliminary investigation found the behaviour of Contact and Genesis Energy, which the authority included as it was also spilling from its South Island lakes, wasn’t significant enough to be deemed a UTS. However, Meridian’s behaviour was “material enough”.

Meridian chief executive Neal Barclay said the company didn’t believe its actions constituted a UTS and has lodged a submission on the preliminary finding.

One thing’s for sure – there was a heck of a lot of rain in the South Island hydro catchments at the end of last year.

In November, the month’s highest one-day rainfall of 185mm was on the ninth at Milford Sound. The following month, Milford Sound took the honours again, with a 24-hour fall of 271mm on the second.

Manapōuri (West Arm Jetty) had its third wettest November on record, with 732mm, while Wanaka, Manapōuri Airport and Queenstown all observed their second wettest Decembers. Mount Cook Village, not too far away from the Waitaki hydro chain, recorded 1202mm of rain in December.

Mr Barclay said the early summer deluge forced the company to “spill from every hydro structure for the first time in Meridian’s history”.

“The floods were extreme and saw us reach maximum consented lake levels. Our catchments have limited storage, so when big weather events occur, spill is unavoidable.

“Over December 2019, we generated 1150 gigawatt hours (GWh) [of electricity] from our hydro stations, we spilt around 1300GWh, and the volume of spill we could have avoided, following the authority’s reasoning, is 12.2GWh or less than 0.5 percent of the water we had to deal with in December.”

Meridian generated more renewable electricity last December than in any previous December in its history, he said.

“Claims we should have generated more should be seen in this context. We were dealing with a record rainfall and flood event for which spill was inevitable and unavoidable. At such times, our focus is on the safety of people and structures downstream.”

The EA paints a different picture. It accepts some spilling was “necessary and acceptable” to ensure resource consent conditions were met. But it also states “the market outcomes in December, in our view, did not match our expectations of a power system with abundant cheap fuel”.

In his 30 June briefing, authority chief executive James Stevenson-Wallace said “generators spilled water in preference to lowering their offer prices” during the period 3 to 18 December.

He said evidence showed Meridian was pricing its power to ensure the high-voltage direct-current (HVDC) link (aka the Cook Strait cable) didn’t become constrained but the authority had made it clear price offers shouldn’t be used for that purpose.

“By doing this, Meridian kept the prices in the south higher than we would expect, given the abundance of fuel,” EA chief strategy officer James Tipping said.

The financial impact was “difficult to determine” but the EA estimated an additional $80 million was paid by electricity retailers, although noted this wasn’t a measure of generators’ profits.

It also found more expensive thermal generation was forced to run in the North Island because South Island stations were spilling excess water, despite the HVDC not being at capacity.

Meridian doesn’t accept it caused an undesirable trading situation. Mr Barclay sees the EA’s preliminary decision as “the latest development in a complex and long-standing industry debate between the authority and generators” about managing price risks.

What about the difference between the authority’s estimate of 41GWh of lost generation and Meridian’s figure of 12.2GWh? Mr Barclay said that’s due to the company accounting for generating plant outages and using a different date range than the EA.

If it’s found the company didn’t carry out the spill “perfectly, given the challenging circumstances … it will not sit well with us”, he said.

A UTS, or "undesirable trading situation", is defined by the Electricity Industry Participation Code as an event “that threatens, or may threaten, confidence in, or the integrity of, the wholesale market" and can’t be resolved by any other mechanism in the code.

The Electricity Authority said UTS provisions exist because not all future eventualities in the market can be foreseen and not all can be protected against with specific rules.

The last UTS claim to be upheld was in March 2011, after spot prices rocketed to $19,750 per megawatt hour (MWh) north of Hamilton for several hours during a Transpower national grid upgrade. The authority required Genesis Energy to recalculate its spot prices for the period at no higher than $3000 per MWh.

For consumers, the spot price hike in December didn’t mean power bills shot up that month. Most households are on fixed-price power plans, which means they’re not directly exposed to the peaks and troughs of spot prices on the wholesale market.

However, what happens on the wholesale market inevitably affects what consumers pay.

Vocus NZ chief executive Mark Callander said consumers may not be exposed to the spot market but their retailers are and retailers need to “recover costs through prices to end-consumers”.

Vocus, which owns power and telco retailer Slingshot, was one of the seven retailers to lodge a complaint to the EA about the December 2019 events. It estimated an extra 6000 tonnes of carbon dioxide was emitted from thermal power plants as a result of water being spilled.

Flick Energy, which offers domestic power plans based on spot price tariffs, also put its name to the complaint. Chief executive Steve O’Connor believes there’s a bigger issue with the wholesale market and said the company’s been concerned for two years that prices don’t reflect costs.

“If the EA doesn’t look at the bigger picture, consumers will suffer in the long term through more behaviour like this.”

“Somebody needs to stand back and ask: ‘What is the best way of managing our electricity industry in the country’s interests?’

“If you’ve got high prices and you’re spilling instead of generating, clearly the market is broken.”

Energy and Resources Minister Megan Woods didn’t want to comment on the state of the market before the EA’s final decision.

That decision is expected in October. If it upholds the initial ruling, more consultation will follow on what actions might be taken against Meridian.

However, preventing the situation happening again is likely to require bigger changes. Without better regulation of the sector, there’s little to stop more water being spilt next time the rain buckets down.

The purpose of electricity regulation should be to ensure consumers can buy power at a fair price and it’s produced sustainably. Spilling when cheap power can be generated means that’s not happening.

On a bleak Southland day, it’s an eerie sight to see huge power pylons marching across swampy coastal wetlands, carrying gargantuan amounts of electricity into the mist to the Tiwai Point aluminium smelter.

The New Zealand Aluminium Smelters (NZAS) plant uses about 13 percent of New Zealand’s electricity and can draw up to 572 megawatts (MW) of power, generated by Meridian Energy’s Manapōuri hydro station, from the grid at any time.

How much NZAS’s owners – Rio Tinto and Sumitomo – pay for its electricity has always been a carefully guarded secret but industry sources say it’s about 5¢ per unit (or kilowatt hour). That’s between one-fifth and one-sixth the price per unit the average householder pays.

If the owners make good on their latest threat to turn off the potlines by August 2021, there will be a lot more electricity sloshing about. But getting it from the far south to the rest of the country will require upgrading the grid.

Before NZAS announced it was closing the plant, national grid operator Transpower was already working on the problem of getting extra electricity out of the South Island and through the HVDC link across the Cook Strait, with a completion date of winter 2023.

A spokesperson for Energy and Resources Minister Megan Woods said the government agreed to fast-track that work as part of its Covid-19 response, although progress depends on favourable winter weather allowing complex rewiring to take place.

At present, not all the excess electricity from the deep south can be transferred further north, and potentially to the North Island via the HVDC link, because line capacity is limited around Roxburgh.

“Expanding the grid will enable much greater export of Manapōuri and other potential Southland renewable generation,” a spokesperson for Dr Woods said.

“This project is an upgrade of capacity on existing circuits to enable them to transport more power, including that currently supplied to Tiwai, from the bottom of the South Island northwards from Roxburgh into the Waitaki Valley.

“It will increase the amount of generation to be transmitted to the North Island via the HVDC system, and to the upper South Island.”

Transpower wouldn’t predict the effect this would have on individual householders’ power bills but has estimated a $100 million per year benefit from avoided spill of low-cost renewable generation.

Meridian chief executive Neal Barclay said “on that estimate, the benefits to consumers exceed the cost of the lines project in less than one year”.

Industry expert Bryan Leyland points out the smelter usually uses 572MW, 24 hours a day, including during the early hours of the morning when other demand is low.

“It’s pretty hard to find another load that could use that much early in the morning. And there’s a considerable chance that even after the upgrades, there will be surplus hydro-power capacity available when it’s wet.”

“That means that between August 2021 and winter 2023, a significant amount of the water currently being used by Contact to generate renewable energy via the Clyde and Roxburgh dams will, in large part, end up flowing down the Clutha River.” 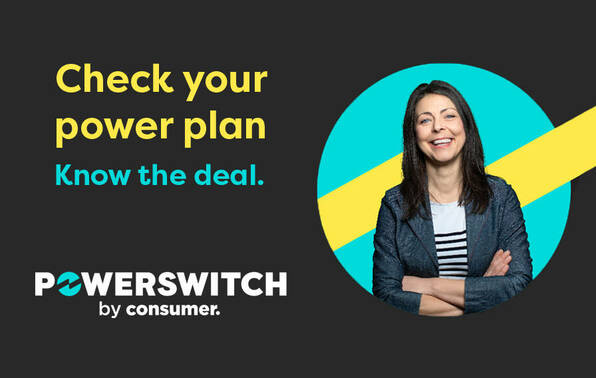