What does the move to sum insured house insurance mean for you?

Until recently, most insured homes were covered by a "total replacement" policy based on the size of the house. But homeowners now have to estimate the cost of rebuilding their house - and insure it for that. This cost is the "sum insured". It's the maximum amount the insurer will spend if the house needs to be repaired or rebuilt. What does this mean for you?

For the last 20 years most Kiwi homes had a "total replacement" policy. You told your insurance company the size of your house and it worked out a premium based on that. If your home was destroyed in a fire or natural disaster, the insurer was responsible for demolishing the wreckage and building a new house to the same size and specifications as the previous one - with no limit to the amount it would pay.

But the Canterbury earthquakes were a big wake-up call to the insurance industry and particularly its reinsurers (the companies which insure insurers against the cost of major natural disasters and catastrophes). The reinsurers now require New Zealand homes to be insured for a specific capped amount. They want to know the maximum amount that local insurers and reinsurers would have to pay to rebuild homes after a natural disaster. Insurers need to assess their risk better and sum-insured insurance helps them do this by collecting much more information about each house.

When is this happening?

Nearly all New Zealand insurance companies will be making this change by the end of 2014. FMG is the only mainstream insurance company we know of that isn’t switching completely: it's continuing to offer full replacement policies outside the metropolitan areas of Auckland, Wellington and Christchurch; and in some cases (for rural and lifestyle block properties) will still offer it within the 3 metropolitan areas.

The insurance industry claims these changes will be "revenue neutral" for insurers. It also claims that while some people may see their premiums increase, others may see them fall. Those more likely to see an increase are people in high-cost homes that under total replacement policies have been "subsidised" by other homeowners. We suspect many homeowners may get a shock over their rebuild costs and find they're now facing higher premiums.

When New Zealand last experienced capped insurance policies more than 20 years ago, the insurance companies helped homeowners estimate the rebuild cost. Now they're passing that responsibility to you.

The companies provide a "default" sum-insured figure when your house insurance comes up for renewal. The default sum is based on what the insurer believes your house size is plus a $2000 per-square-metre rebuild cost.

But the insurer's knowledge of your home may be limited, not accurate, or not up to date.

Check your default sum insured to see if it reflects the likely cost of rebuilding your home to its current specifications.

If you don't believe it does, you'll have to estimate the rebuild cost yourself. There are a couple of ways of doing this:

Once you have a rebuild figure you believe is correct, you'll need to let your insurance company know. If necessary it will adjust the sum insured ... and your premium!

Tip: Don't use a market valuation (one used for selling your house) or your rating valuation (RV) to estimate your sum insured. These don't reflect the cost of rebuilding.

People with large homes, architect-designed homes, or expensive homes should get an independent rebuild cost from a professional such as a registered quantity surveyor or registered valuer. (Registered valuers don't just do market valuations - they can also provide rebuild costs for insurance purposes.)

A valuer or quantity surveyor can spot things you might miss or that aren't covered by the calculators. They'll also build in construction-inflation costs for the next 12 months and the estimated time it takes to rebuild a house.

Such a valuation will give you a baseline for future years and may well be worth the cost. The valuers' and quantity surveyors' professional organisations are working with insurers to make sure their members cover off the right details when they’re estimating the sum insured.

We've done our own investigation (see our case study below) and there were significant differences between the calculators and what our registered valuer estimated.

Cost: Depending on the size and quality of your house, a quantity surveyor's valuation will cost from around $750 and a valuer’s from around $500.

We chose 2 houses and had a registered valuer give a rebuild estimate on each.

Then we put each house through several of the calculators and compared those results with the valuer's. All estimates include demolition costs and GST.

Become a Gold or Silver member to find out more.

Get your calculations right

You've worked out the sum insured and the premium looks horrific? Don't be tempted to under-insure. Under-insuring can mean you don't have enough money to rebuild, if your house is completely destroyed. As well, if you’re under-insured and have a mortgage then you’ll be paying off the mortgage on a rebuilt property that’s of lesser value.

Over-insuring runs risks too. You can't use your insurance pay-out to get a better house. If you over-insure, the insurer will only rebuild your house to the size and standard it was before. So you'll have wasted your extra insurance premiums.

Be aware of "demand surge". After a natural disaster - such as the Canterbury earthquakes - construction costs can rise considerably. When you're estimating your rebuild cost you're being asked to make a blue-sky guess about future prices. Some insurers are offering additional "Post Event Inflation Protection Cover" in their policies to account for potential "demand surge". This protection is paid out on top of the sum insured.

Insurers have provided online calculators to help you work out your rebuild costs. But the calculators are only a guide and they're certainly not foolproof: "garbage in, garbage out" still applies. Read our 8 tips for using a sum insured calculator. 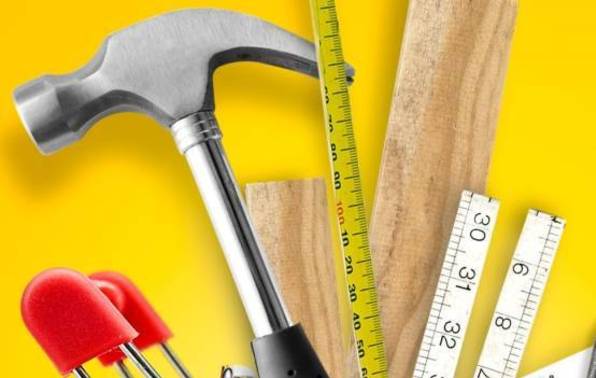 The alternative to using a calculator is to employ a professional to do the job. But our mystery shop of companies that offer this service revealed big differences in rebuild estimates.