A new generation of smartphones are jostling for the smallest environmental footprint.

As public concern grows about e-waste, more of us are considering the environmental cost of our devices. While the big manufacturers slowly respond, some start-ups you probably haven’t heard of are trying to force real change.

Phones from these smaller companies can’t compete with top-end models on performance – instead they aim to offer superior repairability, longevity and ethical manufacture. They’re banking on consumers passing up on the latest camera, processor or screen for a “green” phone that helps to allay their climate guilt.

A sustainable phone needs to have a long life, so it’s replaced less often. That can be achieved through durable design, simple repair or guaranteed software support. Some phones are also produced using certified conflict-free or carbon-neutral materials, while others pay living wages to factory workers.

Sustainable phone brands emphasise after-sale support, but that won’t help us until they decide to officially enter our market. We hope that happens soon.

The Fairphone 3 is a modular phone. You can take it apart with just a Phillips screwdriver, making it easy to repair and simple to upgrade components. For example, if the camera breaks or a better one is released, a Fairphone owner can order a new module, unscrew the busted or obsolete part and screw the new piece in. This design earned the Fairphone 3 the only 10/10 repairability score awarded to a smartphone by independent site iFixit. It’s also made with recycled plastics and Fairtrade minerals.

When it comes to performance, the Fairphone 3 (€439, or NZ$750) is happy being average, as long as it’s ethical. In our lab tests, it underwhelmed compared to the similarly priced Apple iPhone SE 2 or Samsung Galaxy A42. Don’t expect crisp photos, clear music playback or a two-day battery, but its display and processing performance held up well.

Currently, the Fairphone 3 is only sold in Europe, so we’re forwarding one on to Consumer HQ. We also bought a camera module and replacement display, to check how easy the Fairphone is to repair and upgrade. We’ll try it on our networks to see how well it works, and report back.

The leading American eco-phone company is Teracube. Its big thing is longevity, boasting warranty cover for a full four years on its devices.

The 2e is the newest Teracube product. It’s the most budget-friendly sustainable phone, selling for US$199 (NZ$290), a price comparable to entry-level Android phones from the likes of Nokia and Motorola. All out-of-warranty faults, including water damage or screen replacement, cost a fixed US$59 (NZ$85). It’s also made from recycled plastic. However, it’s not modular like the Fairphone, so the hardware isn’t upgradable.

We’ve also bought a Teracube 2e. We were able to ship this one directly here (for free, no less). At time of writing, it’s arrived and is playing nicely with our cell towers. We’ll have more information soon.

Shift’s smartphones are the most premium sustainable options available. The newest Shift – the Shiftphone 6mq – is a modular phone with a Qualcomm Snapdragon processor, which was top-of-the-line a couple of years ago. It also has 8GB of RAM, 128GB of storage and a 6-inch OLED display.

Our lab test of the 6mq ($1299) found it performing similarly to the Fairphone 3, despite the higher price. While the Snapdragon CPU made it lightning fast, it was mostly let down by a camera that takes poor photos and a battery that only lasts 18 hours on full brightness. Most disappointing was the screen – it might look great and be easy to replace, but it smashed almost immediately in our tumble test.

Shift is a smaller company than Fairphone with fewer independent certifications, so doesn’t have the same environmental cred. However, the previous Shiftphone, the 6m, did earn a 9/10 repairability score from iFixit.

Promisingly, Shift has a New Zealand distributor set up and the 6mq is due to release here soon. We’ll get our hands on one to trial as quickly as we can.

What else is happening?

Ethical phone companies are small fry until they penetrate the mainstream. Meanwhile, major players are tinkering away at sustainability too, but it can be hard to distinguish between meaningful progress and greenwashing. Here’s a round-up of what’s going on with the rest of the smartphone industry.

A group of European telecom providers has launched Eco Rating, the phone industry’s attempt to regulate its own environmental performance.

An Eco Rating summarises the resource and climate effects of a phone’s entire life cycle, from raw material extraction to disposal. It’s designed to encourage brands to reduce the environmental cost of their devices through commercial pressure.

Every major smartphone manufacturer that sells here is a part of the Eco Rating scheme, with the exception of Apple. Interestingly, one of the telcos that administers the scheme in Europe is Vodafone. Vodafone New Zealand said it was watching the European scheme with interest and speaking with other industry members about how a similar initiative could work here.

Nokia’s new three-year warranty is the longest ever offered for smartphones in New Zealand. It applies to three recent Nokia phones, the G10 and G20 (sub-$300) and the X20 ($579). In time, we hope the warranty will become standard throughout the whole Nokia range.

Of course, warranties aren’t everything, and we’d expect any phone to last for three years under the Consumer Guarantees Act. Nevertheless, Nokia’s confidence in the longevity of its products is to be commended.

The less often we have to replace our phones, the less waste is created. If Nokia continues on this path, it could spur more competition in the durability space.

The iPhone 12 ships with no charger in the box, just a cable. Apple frames this as an environmental win, because a smaller box means less carbon emitted from freight. It’s a nice idea. We all have spare wall adapters lying around from long-forgotten devices – why not reuse them?

Frustratingly, the power cord uses USB-C, a relatively new connector that few consumers have spare adapters for. The basic iPhone 11 didn’t even come with a USB-C charger, so the move is clearly premature. If you have one, you could use an old USB-A cord and adapter – but that tends to result in slower charging and leaves you with a useless USB-C cord. Many iPhone fans simply bought a USB-C adapter separately, nullifying the whole exercise. It raises uncomfortable questions about whether the real motivation was saving the environment or saving money. Better luck next time, Apple.

Has your phone had a fault?

In our December 2020 technology reliability survey, 12% of the 3337 owners surveyed said they had a faulty phone. Two-thirds of the faults were battery and charging problems, while 15% were broken screens.

Eighty-four percent of owners said they expected at least some of a phone’s faults to be repairable. Faulty batteries and broken screens should be easy to fix, yet just 43% of the screens were repaired. While 73% of failed batteries were fixed, owners reporting reduced battery capacity (still usually reported as a major fault) were less likely to seek repair (35%).

We’ve launched an always-on survey to fill in when your mobile phone breaks. We’ll use it to form a picture of what’s going wrong to which phones, and what’s getting repaired. That way, we know what to focus on in our advice and our pressure on manufacturers and distributors. Here are some early results: 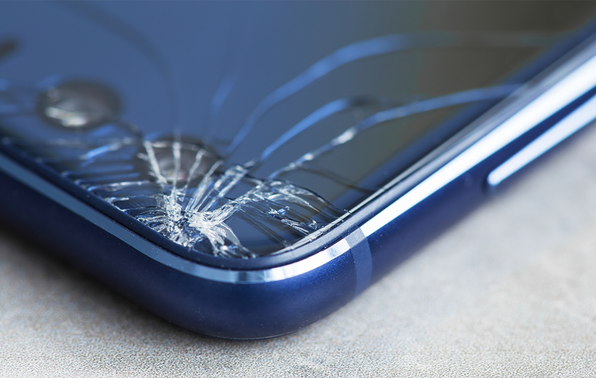 Tell us about your broken phone

If anything’s gone wrong with your phone, whether it’s a fault or damage, major or minor, we’d appreciate you filling out our survey. It should only take three minutes.