Time for clampdown on ticket resellers

Inflated prices and hidden fees among problems with resellers.

Inflated prices, hidden fees and misleading sales tactics have been identified as major problems in the ticket resale market, in a joint investigation by Consumer NZ and Australian consumer group Choice.

More than 1000 consumers provided information to the investigation about their experiences with ticket resellers, such as Viagogo and Ticketmaster Resale. The results of the investigation have been released today in the groups’ report Sold out: Consumers & the ticket resale industry (1.14 MB).

Consumer NZ head of research Jessica Wilson said the investigation found tickets bought from resellers that were marked-up by more than 500%. One sports fan bought a ticket to a Crusaders vs Hurricanes game that had a 700% mark-up.

Fifty-six percent of people were also charged extra fees on top of the ticket price. By far the majority of complaints regarding hidden fees (89%) were about Viagogo.

Eleven percent of purchasers paid for tickets that never arrived and 8% ended up with fake tickets.

Ms Wilson said the investigation also found many purchasers didn’t know they were dealing with a ticket resale site. Eighty-five percent of people who bought tickets for a New Zealand event were unaware the website they used to purchase tickets was a reseller.

Consumers are being duped by the industry’s sales tactics, she said. In advertising, Viagogo claims it’s an “official” site. “The company’s website also pressures consumers to buy, claiming tickets are in high demand and selling fast.”

Consumer NZ is calling for the Commerce Commission to take action against Viagogo and other resellers that risk breaching the Fair Trading Act. This week, the Australian Competition and Consumer Commission announced it was prosecuting Viagogo, alleging the company had misled consumers.

Ms Wilson said action was also needed from event promoters and official ticket agencies. Practices used by these companies can create the impression tickets are in short supply, pressuring consumers to pay excessive prices for tickets from resale sites.

The industry also needs to invest in measures to stop professional scalpers buying up large quantities of tickets that are then sold on the resale market.

Sold out: Consumers & the ticket resale industry has been released today by Consumer NZ and Choice.

A total of 1051 consumers provided information for the report on their experiences with ticket resellers: 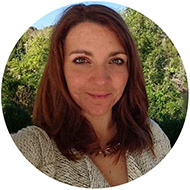 Maori All Blacks vs British and Irish Lions

Ruth Kinkead wanted to see the Maori All Blacks play the Lions in Rotorua during her trip to New Zealand in June this year. She bought a ticket listed on Viagogo for $212 but was shocked to find she’d been charged $445. She immediately contacted Viagogo to cancel. Ruth says she was told she couldn’t cancel the purchase but could resell her ticket for up to $180. When her overpriced ticket turned up, Ruth discovered it had a face value of only $59, a whopping 654% markup.

Lynda Hill describes herself as “one of those unfortunate people who were ripped off by Viagogo”. She was in a mad rush to secure 2 tickets to see Adele perform in Auckland earlier this year and, like many others, ended up on Viagogo’s site. She selected 2 tickets priced at A$449 each but was astonished to find a charge of A$1127.45 on her Visa – A$898 for the tickets, an A$224.50 booking fee and an A$4.95 delivery fee. Lynda expected decent seats but when her tickets arrived 2 weeks before the show, she found they were only worth $102 each and were for the cheapest stands.

Mike Boyes decided he wanted to see Jonathan Lemalu in concert in Dunedin so did a quick Google search to find tickets. Viagogo appeared at the top of the search results so Mike clicked the link and bought 2 tickets from what he thought was an official ticket seller. The tickets Mike selected were some of the last prime seats available. The cost of the 2 tickets was Czech Kc5535, which equated to NZ$323.12. When Mike arrived at the venue, he found he was in the cheap seats and his tickets had a face value of only $34.78 each. He told us he felt “scammed of $253.56”.

Stephen Kissick was keen to go to the Crusaders vs Hurricanes game in Christchurch on 13 May so booked 2 tickets on Viagogo. He was charged $167.78 for the tickets but they turned out to be children’s tickets with a face value of $16 each. He contacted Viagogo to try to sort out the issue but was told there was nothing it could do. Stephen had to fork out another $49 at the venue to get into the game.