We've compared credit, debit and travel cards and calculated charges for taking out foreign cash. See how the options stack up in our scenarios for a US short-stop, Thai beach break and a two-week trip to Japan.

Whatever your holiday haunt, along with your passport you’ll probably need to pack some plastic.

There are three main options for paying your way overseas: credit, debit or travel card. If you want the best bang for your holiday buck, our calculations found a debit card can work out to be an attractive choice.

We calculated charges for taking out Japanese yen, Thai baht and US dollars using a debit and credit card from six banks:

We compared these with seven travel cards:

We also checked exchange rates to buy the same amount in notes at five banks and two foreign exchange services.

When we asked Consumer members for holiday money tips, four said they often took New Zealand cash with them to exchange for local currency on arrival, particularly when travelling in Asia. However, we didn’t look at this option in our trial.

If you need larger amounts of cash – such as the bulk of your spending money for a multi-week holiday – you’ll usually get the best deal by buying foreign currency before departure. The banks charge minimum fees of $5 to $10 per transaction, so this option can be less economical for smaller totals.

Travel Money NZ (owned by Flight Centre) and Travelex specialise in foreign currency exchange. For the three currencies we looked at, these companies offered a better conversion rate than the banks for US dollars.

Travel Money has a “best price guarantee”, which says the company will beat any other price in the market by $1 – though to get the discount, you’ll have to take evidence of a cheaper deal into one of its stores the same day it’s offered.

Even if you plan on spending nothing but cash, keep a back-up option, such as a credit or debit card, in case the worst happens. While this could mean pricey ATM withdrawals, it’s a better option than being stranded on the other side of the world and not being able to pay for a cab back to your hotel room.

Credit and debit cards are a convenient option for overseas holiday spending money. Most of us already have one – or both – and all you need to do is let your bank know you’re heading abroad so it doesn’t mistake your spending for fraud and freeze your account.

In countries where cash is used more than plastic, you’ll probably need to get hold of bank notes at some point in your travels. The main downside to using your debit or credit card for ATM withdrawals is the fees. You’ll typically pay two:

With credit cards, you’ll also face interest on cash advances, of between 18.5% (TSB) and 22.95% (ASB, BNZ, Kiwibank and Westpac). Interest starts accruing from the day you withdraw funds.

After adding interest, the most expensive card in our three holiday scenarios was BNZ’s Advantage Classic Visa.

Debit cards have the advantage here. As you’re using your own money, you won’t be hit with interest. You can also deposit money on a credit card prior to departure to avoid interest.

Travel cards tout themselves as a safer and smarter option. They let you pre-load money on the card before you jet off.

Travel cards have the security features of debit and credit cards. But if you misplace them, the only funds at risk are those you’ve loaded.

Westpac offers a prepaid Visa debit card, which you pre-load with New Zealand dollars. It calculates the foreign currency exchange rate after you make the charge in the country you’re visiting.

The other six cards we looked at (Air New Zealand’s OneSmart, Loaded For Travel, Mastercard Cash Passport, Qantas Cash, Travelex Money Card and Westpac’s Global Currency Card) allow you to convert your dollars into a range of currencies before you leave.

What to consider when choosing a travel card

You’ll need to check if these cards offer your desired currency. All the travel cards offered US dollars and Japanese yen, but none will let you pre-load Thai baht once the Loaded For Travel card is discontinued in June 2020.

If you keep an eye on currency fluctuations as your trip approaches, you can try to land a favourable rate. But we found exchange rates on travel cards are frequently higher than those Mastercard and Visa charge for debit and credit card transactions.

Consider fees when choosing a product. Our calculations found Loaded For Travel had some of the best exchange rates of the travel cards, but these were negated by its $20 set-up and $6 ATM-use fees.

Once offering fee-free ATM withdrawals when outside New Zealand, the Mastercard Cash Passport introduced these charges in September 2018.

Another downside of travel cards is the time lag when reloading currency. There can be delays of anywhere from a few hours to several business days, making them a less-attractive proposition if you need to get money in a hurry.

Travellers planning to use a Travelex Money Card for multiple trips should be aware of inactivity fees, which will eat away at any remaining credit. OneSmart also charges a monthly fee of $1. Mastercard Cash Passport dropped its inactivity fees last year.

SCENARIO: A traveller heads to the US for a week, where they’ll spend US$800.

As cash is commonly used in the US for day-to-day transactions, totals for the credit, debit and travel cards include three ATM withdrawals. On this basis, the Travelex Money Card was the cheapest of the cards during our January trial, even after you pay the set-up fee. It worked out $45 cheaper than BNZ’s Advantage Classic Visa, the most expensive choice when we took into account 30 days of interest.

However, buying US bank notes at Travel Money NZ was the cheapest option overall. But this option is one to take at your own risk: if you lose all your cash, it’s gone.

SCENARIO: Our traveller has a budget of 30,000 baht during a 10-day holiday in Thailand. With security in mind, our traveller isn’t keen on carrying large amounts of cash, so makes four withdrawals.

Of the cards, ANZ’s debit card offered the best value, closely followed by Westpac’s. Both were at least $45 cheaper than BNZ’s Advantage Classic Visa. However, with the removal of its overseas ATM-use fee, ASB’s debit card will take the lead.

The standard annual fee for a debit card is $10 (though can be complimentary), so you may find arranging one a good option before you go on holiday. However, if you want the cheapest option, you’ll be better off buying 30,000 baht in bank notes pre-departure. ANZ offered the most favourable rates on the day of our comparison.

SCENARIO: During a two-week trip to Japan, a traveller has a limit of ¥150,000 spending money. Unsure of costs, the traveller makes five withdrawals.

We found our traveller would pay up to $1.34 a day in interest to use a credit card to withdraw money in cash advances.

Once again, pre-purchasing bank notes was the most economical choice, though you also risk being left with unspent cash. As it charges a fixed $10 fee rather than a proportion, Kiwibank offered the best bang for buck for our specified amount of Japanese yen. 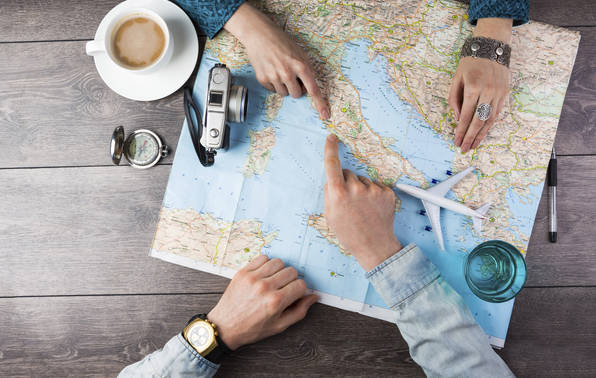 There’s a chance you’ll encounter problems while you’re away on a big trip – be it flight cancellations, lost luggage or unexpected expenses. Here’s our guide to common travel traps and your rights.