Still confused about cryptocurrencies? We crack the code for you. 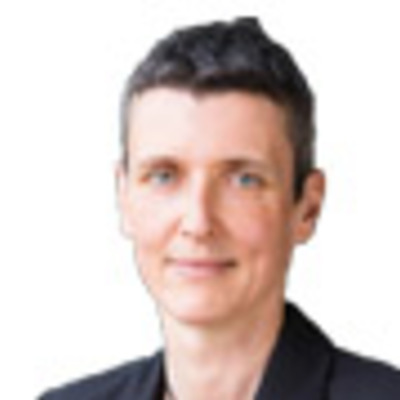 Cryptocurrencies have attracted as much hype as they have bad press. They’ve been touted as a way of beating the banks as well as being slammed as a criminal’s dream. While these hi-tech currencies may offer benefits, they’re not without risks.

Cryptocurrencies, sometimes known as digital currencies, promise a way of paying for goods and services online that doesn’t require a debit or credit card or using services such as PayPal.

You can also use them to send money overseas in seconds at low or no cost.

Bitcoin is the most well-known cryptocurrency, but there are hundreds of others from Litecoin to Zcash.

Bitcoin was first used in 2010 to purchase goods, albeit indirectly. A man in the US offered 10,000 bitcoin if someone arranged for two pizzas to be delivered to him. A British man took up this offer.

Bitcoin uses a system called “blockchain” to manage and record transactions. You might need to take a seat while we explain how this works.

Blockchain is just one example of what’s known as “distributed ledger technology” (yep, quite a mouthful). This ledger keeps track of balances and allows transactions to be verified.

The ledger doesn’t exist in any one place. Instead, it’s held across a network of computers, each called a node. Anyone can become a node on the network.

How do you get cryptocurrencies?

You can sell products and receive cryptocurrency in exchange, or get them as a gift. You can also buy them from people or through cryptocurrency exchanges using New Zealand dollars or other government-issued currencies.

Finally, you can “mine” them, but specialised equipment is needed. That’s taken Bitcoin mining out of the reach of the average person.

How do you get in?

This is where the keys come in.

A key is a long string of random numbers and letters. Bitcoin ownership is recorded against a public key that anyone can view. But to send bitcoin, you’ll need to use your own private key. Whoever controls the private key controls the bitcoin. So you need to be extremely careful about sharing access to your private key.

Together, a public and private key are often called a cryptocurrency wallet.

You’ll need different keys if you want to use different cryptocurrencies.

If you lose or forget your private key, you lose your bitcoin and it can’t be retrieved. It isn’t the same as forgetting your bank password.

How are bitcoin created?

Say you want to send bitcoin to your cousin. You use your private key to send the transaction. Bitcoin “miners” then compete to sort this information into things called “blocks”.

The first one to get there is rewarded with newly created bitcoin.

Without miners there would be no blockchain. New blocks are added approximately every 10 minutes. The transaction speeds of some newer blockchains can rival that of the credit card networks.

There’s a finite number of bitcoin that can be mined. The last one is expected to be unearthed about 2140, bringing the total to 21 million bitcoins.

How can they have value?

Bitcoins are made out of thin air, so how can they have any value? A cryptocurrency’s value is determined by what people are prepared to pay for it. Plenty of cryptocurrencies are worthless because no one wants to use them.

Merchants that allow payment in cryptocurrency will stipulate which ones they accept. Bitcoin is still the most widely accepted.

Cryptocurrency prices have also proved extremely volatile. That makes them risky because you might buy some to make a payment, only for their value to fall dramatically before you can do so.

For this reason, cryptocurrencies called “stable coins” are being designed that don’t fluctuate in value.

Merchants that allow payment in cryptocurrency will stipulate which ones they accept. Bitcoin is still the most widely accepted.

Are there transaction fees?

Some cryptocurrencies charge transaction fees, but many are free. However, when you use a cryptocurrency exchange to buy and sell, you’ll pay fees – usually a percentage of the transaction’s value.

Cryptocurrencies aren’t regulated and no government agency is keeping tabs. That’s not to say governments aren’t interested in them.

Some central banks are working on creating their own cryptocurrencies. However, none have rolled out a successful effort yet. A government-issued cryptocurrency will be different from Bitcoin – you might need to prove your identity before you can hold any of it.

Inland Revenue regards cryptocurrency as property. If you purchase cryptocurrencies for investment purposes, you’ll need to pay tax on any gains.

What are the risks?

There’s no doubt cryptocurrencies are risky. You won’t have any comeback if things go pear-shaped. If the currency sheds its value or is the target of hackers, you’ll be out of coin and out of luck.

If you’re tempted to get in the game, do your homework before you buy. Find out how the currency is stored, how it’s transferred and where it’s accepted.

And if you make a mistake sending cryptocurrency, the transaction can’t be reversed. The other major problem is that cryptocurrencies aren’t widely accepted so you may be stuck with digital cash you can never spend.

If you’re tempted to get in the game, do your homework before you buy. Find out how the currency is stored, how it’s transferred and where it’s accepted.

If you can’t afford to lose money, steer clear.

Exchanges let you buy and sell cryptocurrencies. You can also sell your cryptocurrency to an exchange and receive “fiat currency” – that’s physical money backed by the government of issue. Using an exchange based here means you’ll be paid in New Zealand dollars.

Exchanges operating in our market are considered to be financial service providers. That means they must belong to one of four financial dispute resolution schemes. While that doesn’t guarantee things will be problem-free – it won’t always protect you if the exchange gets hacked or goes bust – it’s easier seeking redress than with an exchange based overseas.

You can check which scheme an exchange belongs to on the Financial Service Providers Register: fsp-register.companiesoffice.govt.nz.

What about energy usage?

There are concerns over Bitcoin’s use of electricity for its mining, called proof-of-work. Some newer blockchains don’t use proof-of-work – instead their systems require no more electricity than running a standard PC or smartphone.

Alex Sims is an associate professor in commercial law at the University of Auckland. Her primary areas of research are blockchain technology and cryptocurrency regulation. She is a former Consumer NZ board member.

Can this article please be updated? :-)

Given the huge fluctuations in values, bitcoin or any other cryptocurrency looks wildly speculative.

It also looks like the real money has been made by the people who got in first - pretty much like any investment market.

I also can't help but wonder about the effect - assuming someone can figure out how to actually make it work - of quantum computing on mining. An entity that can do that, and prevent others from accessing the technology, would occupy the high ground in crypto currencies - among a lot of other things.

Fraser B.
a Ponzi scheme by any other name.

The people who create the cryptocurrency are the ones who profit. To everyone else, it is just a Ponzi scheme as there is nothing behind the currency. Unlike currency of a country which has the GDP behind the currency, the cryptocurrency is really made out of nothing. So when someone pays for it, they are paying the creator of it. How it subsequently trades is irrelevant to the creator who makes all the profit. Then it is just a case of how long it holds any value before it goes pear-shaped, and of the thousands of cryptocurrencies out there, most have already gone pear-shaped.