Windows 11 is out. Should you upgrade?

You can buy a new Windows 11 PC today, but I wouldn’t hurry.

I’ve been using Windows 11 for over a month. I don’t think it’s remotely worth buying a new computer for.

It’s the least consequential new Windows there’s ever been, feeling more like a Windows 10 update than a brand new product.

It is worth taking the free upgrade, if and when you can. Offers will be sent in waves to computers with similar hardware. Wait for a week or two after you get the offer, to give Microsoft time to kill any bugs that appear on machines like yours.

Going forward, the new operating system will be faster and more secure. And, for the first 10 days, you’re free to revert if it isn’t for you.

Who can get the upgrade

If you bought your computer more than four years ago, you’re out of luck. Only processors manufactured since late 2017 are officially supported, which includes Intel Core processors from 8th generation onward, and AMD Ryzen processors from 2nd gen. Here are the full lists of supported models for Intel and AMD.

In addition to a compatible CPU, there are a few other requirements.

You can install a tool from the Microsoft website called PC Health Check. It’ll run a quick scan and tell you if your hardware’s compatible with Windows 11, including checking for a TPM (which is fiddly to do manually).

If your PC doesn’t meet the benchmarks, it’ll have to live out the rest of its life with Windows 10. But don’t stress – you’re not missing all that much.

The design is beautiful, albeit clearly inspired by the sleek rounded edges of Apple’s macOS and iOS. It’s a welcome change. Gone are the Windows 10 icons that haven’t changed since Windows 95. On Windows 11, every interface has been touched up to appeal to modern eyes. 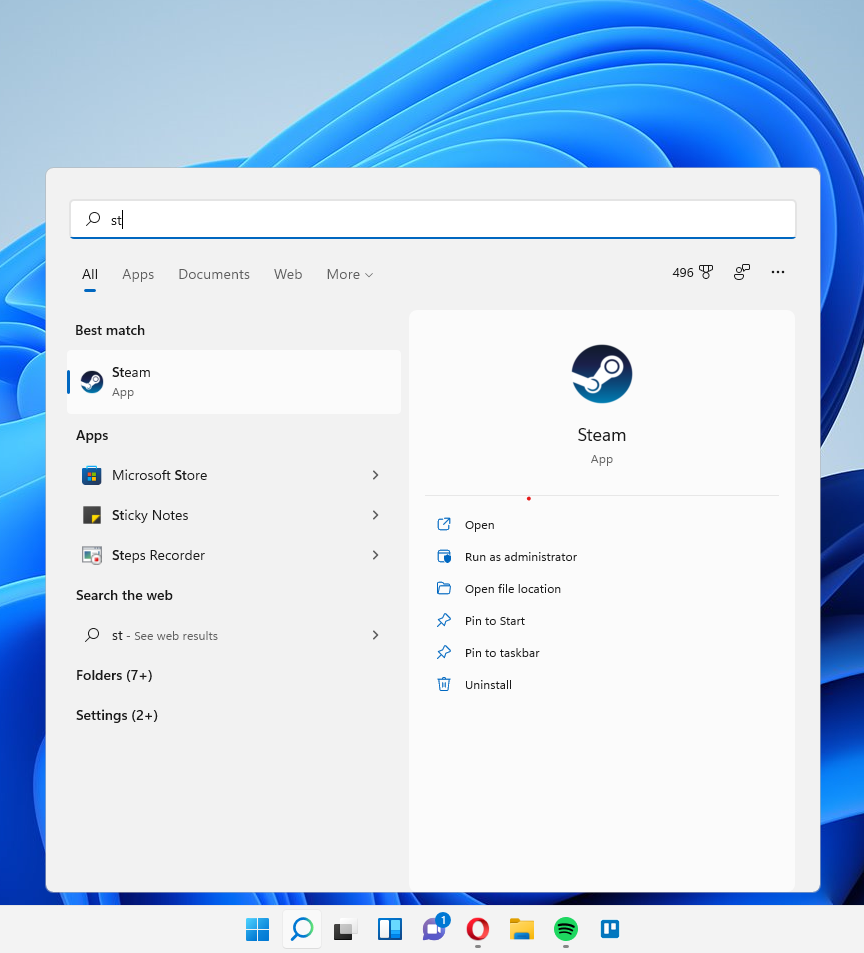 The location of the Start menu is the first thing I noticed, and I’m still not used to it. The taskbar, which has always been bottom left of the screen, is now centered. It’s logical – now my most-used icons are closer to the action. But moving a cursor to the bottom left corner is so, so engrained that the habit might take years to break.

The Start menu itself has changed too. The search bar is emphasised as the default way to find a program or file. I thought search was underused in Windows 10, so I love it – it’s easier to type a few characters than scroll through a long menu. But I can see how this change might irk others.

Aside from the visual upgrade, not much has changed. There’s an improved Microsoft Store, but it probably won’t convince you to use an app store on PC. Beginning in 2022, you’ll be able to run Android apps on Windows 11 – which sounds great, but is a while away. There are some handy new layout options if that’s your thing, and some widgets nobody asked for.

All in all, Windows 11 is a nice coat of paint with little new substance underneath.