Modern woodburners are clean burning, but only under ideal conditions.

Modern woodburners are clean burning, but only under ideal conditions, with a specific type of wood. We tested with 8 other kinds of firewood.

All woodburners sold for non-rural use must pass a stringent national environmental standard for efficiency and for emissions. That should be great for the environment, but there's a catch. The very test that woodburners must pass to ensure they meet the standard actually results in them burning dirtier than they should when they're used in everyday conditions.

For woodburner-compliance testing, the woodburner sits on accurate scales in a special test room where the heat output can be measured. Each test run is started with an existing hot ember bed. Cut lengths of clear (no knots) 100mm round, very dry radiata are used.

The scales allow a measured amount of fuel to be burnt down to a set residual weight. The flue is connected to several measuring instruments, and the average heat output, emissions, and efficiency are calculated from the measurements taken during the test run.

In order to achieve good results in this test, manufacturers design and "tune" their woodburners to burn as cleanly and efficiently using the same kind of fuel.

The trouble is, this test fuel is nothing like real firewood. Real firewood has more resin and other volatile compounds, and these require more air than the test fuel to burn. That means a woodburner tuned for the test fuel won't burn real firewood as effectively, with the result that more of the wood goes up the chimney in the form of smoke and soot.

And smoke and soot aren't good for you. Some of the microscopically-small particles they contain can lodge in your lungs, causing problems such as asthma and other respiratory diseases. There is no known lower "safe" limit for the pollution that woodburners produce.

We took a new woodburner that complies with the national environmental standard, and ran it with 8 different fuel loads, including the standard test fuel as well as split radiata logs, macrocarpa, blue gum, and manuka. We tried seasoned and unseasoned radiata, and large logs of radiata and blue gum.

What we found: Nothing that you'd normally regard as firewood gave anywhere near the low emissions that are obtained from burning the test timber. Wood type, log size, and dryness can make a huge difference to performance and exhaust emissions.

Our real firewood gave less heat than the test fuel, and it burned for longer with greater emission levels. Seasoned blue gum was the cleanest burning, but even it produced more than 3 times the emissions of the test fuel.

The emissions were much worse with damp wood, because heat from the fire is used to evaporate the water in the wood. They were also much worse with large logs, which have a lower surface area in relation to their volume (compared with the test fuel). High firebox temperatures are the key to keeping a fire burning cleanly, and modern woodburners are much better at this than models from a few years back.

All new woodburners must be tested for compliance with the NES – and this must be done by an approved laboratory. The manufacturer sends a sample model to the lab, which notes the critical dimensions of the model and tests its burner's efficiency and emissions.

If a model passes the tests, it's NES compliant. The manufacturer then labels all production of that model as such.

However, several tests – including our own – have shown the emissions figures obtained in the lab can be exceeded many times over when the woodburner is installed in a house and is burning real firewood.

That means NES-compliant woodburners are still probably significant polluters. It also means regional authorities may have poor information when trying to assess the pollution impact of the woodburners installed in an “airshed” in their area.

The test method used for NES testing describes in detail how a woodburner is to be tested. During the test no adjustments are allowed to the burner controls.

This means, for instance, a burner that automatically adjusts its airflow to minimise emissions during the burn cycle cannot be allowed. Additionally, the test doesn’t include the start-up period – when there’s often the most pollution.

Once the testing is completed, the internal design of the burner isn’t allowed to be changed. So it’s illegal to retro-fit any device to the burner, or its flue, that might improve performance.

The upshot is that the NES test which was meant to improve the cleanliness of woodburners has stifled design innovation. We’re aware of several technological developments that have been “caught” by the rules and so haven’t been implemented.

A new standard called the Canterbury Method (CM1), sponsored by Environment Canterbury (ECAN), could be the solution. This CM1 standard won’t replace NES – but because it requires better emissions and efficiency performance than existing standards local authorities will be able to choose to use it.

The new method has been developed in response to the needs of people rebuilding houses after the Christchurch earthquakes. It allows CM1-approved woodburners to be installed in some areas where woodburners had been banned for new houses.

The new method takes a different approach from the NES: it specifies the desired emissions and efficiency but not how to achieve them. It also tries to mirror how people actually use their woodburner. So it has a full-burn test cycle that measures a woodburner’s performance through light-up, warm-up, burn, refuel and die-down.

Our database features 5 “Ultra-low emission burners” (ULEBs) that meet this standard and can be installed anywhere in Canterbury and in most parts of Nelson City.

We look forward to more innovative and clean burning products being developed under this new standard.

Winter airborne pollution is a serious problem in a number of New Zealand cities and provinces. Minimising pollution means keeping your woodburner working well. And that requires careful selection of the fuel you burn, and the way you burn it.

You can do your bit to reduce emissions, even if you have an older burner:

There is a need in many parts of New Zealand for woodburners to produce as little pollution as possible. Because of the nature of the national environmental standard compliance test for woodburners, that is not happening right now.

It would take only small design/manufacturing adjustments for woodburners to produce fewer pollutants than they do now, when burning typical firewood, if the compliance test was updated.

"Low-emission" woodburners would then be worthy of their name. And then we could all breathe easier.

Guide to the table

The testing of large logs of dry radiata and blue gum was performed with the fuel as supplied by the firewood merchant. The logs were not split further. 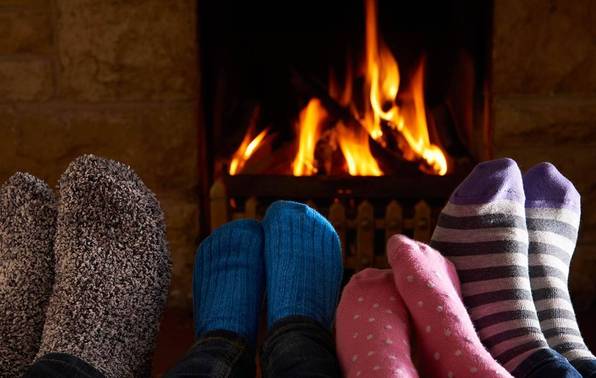 Find the best woodburner for your needs, learn how we test them and calculate the right size for your home.