Young people and the law

What does the law say about what kids can do at what age?

As kids get older, they want to know "when": when can they get a job, buy contraceptives, borrow money or leave home. But what does the law say? We summarise your child's legal rights and responsibilities as they get older, the ages of sexual consent, and where to go for more information.

My 13-year-old son Aaron was caught shoplifting. Can he be prosecuted?

Until Aaron is 14, the only criminal offences he can be charged with are murder or manslaughter. But he can still be held to account for the theft. The police can discuss the matter with you as a family, warn Aaron and arrange for the return of the stolen goods.

A child under 14 can be arrested in certain circumstances - for example, the police could arrest Aaron if they have reasonable suspicions that he will commit another offence.

If Aaron's behaviour is of particular concern (perhaps he has offended before) a family group conference may be called under the Children's and Young People's Well-being Act. Conferences involve family members, including whanau or extended family members, and can include police, teachers, counsellors and social workers. Victims and their support people are also entitled to attend.

The emphasis will be on giving the family a chance to sort problems out. A punishment or counselling may be discussed.

Beatrice, who is 15, has been charged with theft and has to appear before the Youth Court. What is the worst that could happen?

If your child is aged 14 to 16 and is accused by the police of committing a crime, she can be brought before the Youth Court.

If the charge is proved, Beatrice will be sentenced. The sentence varies depending on the nature of the offence and whether it's the first time she's been in trouble. She could be fined, or sentenced to supervision (which is like probation), community work or a residential period in a Child, Youth and Family Services residence (maximum 3 months).

Usually, before a charge is laid, a youth aid police officer will consider whether the issue can be dealt with by cautioning your child or calling for a family group conference - particularly if your child admits to the offence and you agree on a sensible plan to stop future offending.

Carl, who is 16, and his friends were caught behind the bike sheds smoking. The police think it may have been dope and want to question him. What rights does he have?

Carl must give his name, age and address to the police, if asked. The police must tell Carl:

The police must explain Carl's rights to him in a way he can understand. He can ask the police to clarify any aspect of his rights that he is unsure of.

The school just phoned to say that my daughter Dana, who was with Carl, is suspected of selling marijuana and that the police plan to strip search her. Can they do this?

Yes. Police have the right to search, including strip search, without a warrant under the Misuse of Drugs Act, but they must have reasonable grounds to suspect the Act has been broken.

However, if Dana is not given a chance to consult you or a nominated person before the search, her rights may be infringed. The Commissioner for Children has ruled that such a search would breach Dana's rights under the New Zealand Bill of Rights Act and the Children's and Young People's Well-being Act.

If police wish to conduct a strip search in circumstances that do not involve drugs or firearms, they must have a warrant or have made an arrest and had reasonable grounds to do so. A same-sex officer should be present where possible.

Police cannot conduct an internal body search (other than inside the mouth). Internal searches must be done by a doctor and only with the individual's permission.

Ever since the drug incident Carl and Dana have been wagging school. What could happen?

Under the Education Act, every child aged between 6 and 16 must be enrolled at a registered school, and must attend school whenever it is open. The Ministry of Education may grant long-term exemptions in situations such as home-schooling. If Carl and Dana are approached by police during school hours, they must give their names, addresses and dates of birth. If they have a good reason for not being at school they should say so.

The police could take Carl or Dana back to school or to their homes, but not to a police station. As a parent, you can be prosecuted for not ensuring your child attends school regularly, and the District Truancy Service may become involved if your child is persistently absent from school.

Renee, who is 13, applied for a job at a local hardware store. She didn't get the job and is convinced she has been discriminated against because of her age.

People under 16 are not protected from discrimination on the grounds of age. Until then, Renee cannot complain to the Human Rights Commission. She can complain on other grounds, such as sexual orientation or disability.

Samuel and Tania, who are both fourth formers, want to attend a free-Tibet rally. Are they allowed to join public demonstrations at this age?

Yes. There is no age restriction on joining public demonstrations or practising religion.

No. Until your children are 14 you can't leave them at home without making reasonable provision for their supervision and care. You will need to arrange a babysitter.

Can I ask my neighbour's daughter Jennifer, who is 14, to babysit?

Generally speaking, 14 is the minimum age at which someone can babysit. However, you must still assess whether Jennifer is reliable and mature enough to look after your kids. And even if she can babysit, it doesn't follow you can leave your kids in her care for, say, the whole weekend.

I'm fairly sure my son Wiremu, who is 14, and his girlfriend Faith, who is 16, are having sex. Is this legal?

No. Under the Crimes Act, the age of consent for boys and girls is 16. It is illegal for Faith to have sex with Wiremu.

I found condoms in my 15-year-old daughter Mereama's school bag. She says she bought them at the local supermarket. Can they sell contraceptives to teenagers?

Yes. Anyone may legally buy over-the-counter contraceptives from a chemist or supermarket. Mereama could also get a prescription for an oral contraceptive (the pill) without your consent, but as she is under 16 the doctor must be satisfied that this would be in the interests of her health.

My daughter Hayley, who is 15, is pregnant and is considering her options. Is it legal for her to have an abortion?

Yes. A female of any age has the right to consent to or refuse a lawful abortion. Neither parent can demand that Hayley have an abortion, or stop her from having one.

My daughter Melissa, who is 16, is pregnant. She and her boyfriend Jack, the father, are unsure of their rights and responsibilities.

If your daughter has a baby, the father must help to pay for the child. If necessary, the Inland Revenue Department can use the Child Support Act to make him. If Melissa was under 16, you would be legally obliged to provide her with food and shelter.

Melissa and Jack may be entitled to receive an allowance or benefit during the pregnancy and for some time afterwards. They should contact Work and Income New Zealand early for more information, as eligibility varies widely depending on the circumstances.

I'm 16 years old and I want to get my tongue pierced. Can I?

Generally, if you are 16 years or older you can give your own informed consent to things like contraceptive treatment, ear and body piercings and tattoos. But in some areas, like Auckland for example, the city council has by-laws lifting this age to 18 unless your parent or guardian gives their consent.

Members of the Tattoo Artists Association of New Zealand work to a code of ethics that says they won't tattoo anyone under 18 without the permission of their guardian or parent.

Yes. He can hold most jobs at any age outside of required school hours. He cannot work between 10pm and 6am unless his employer follows a code of practice relating to the employment of young people in that area of work approved by the Minister of Health.

There is no legal minimum wage for those under 16.

My 16-year-old son Nathan is keen to play in the "Casino" at the local pub. Can he?

No, not unless you're prepared to supervise him. Pokies must be situated in a "designated" area in a pub or bar which means that, in general, you have to be at least 18 to play them.

Leanne, who is 17, wants to buy a stereo on hire-purchase. Can she enter into a contract like this?

Yes. Leanne can sign a contract at any age. However, until she is 18, the Contract and Commercial Law Act applies and contracts are enforceable only if they are fair and reasonable.

If she gets married, Leanne will be treated as an adult regardless of her age and all contracts will be enforceable against her.

Mackenzie, who turned 6 yesterday, wants to open his own bank account. Can he?

Probably not until he is at least a year older. Most banks will let a 7-year-old open and withdraw money from a savings account. A bank might consider letting Mackenzie open an account earlier if he can sign his name, so ask around. Of course, you can open an account for him at any age.

My son Harry and I live on a farm. Even though he's 15 it would really help me out if he could get his licence. Is this possible?

No. Harry cannot hold a learner licence until he is 16. He can apply for an exemption from some of the conditions associated with the learner and restricted licences, such as driving at night or carrying passengers, but these are normally granted only in exceptional circumstances.

Petra has just turned 16. She wants to learn to fly. Can she?

Yes. Petra may begin lessons with a flight instructor at any age, but she will not be able to fly solo until she is 16, or hold a private pilot licence until she is 17.

Quinn, who is 14 but looks older, has trouble convincing train guards that he should travel for a child's fare. Don't they have to take his word?

No. Children aged 2 to 14 can travel for a child's fare, but the rail company has the right to set conditions.

At any age, a person can:

At age 20, a person is legally an adult. 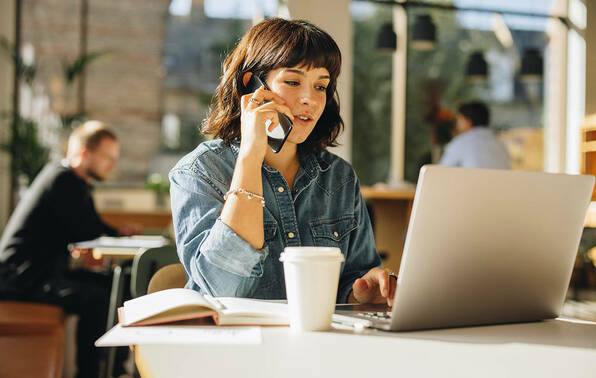 Got a problem with a product you bought? Or maybe your flight has been delayed or cancelled? Whatever the problem, we can help.