Which beauty claims can you trust?

Here’s what to be wary of in the beauty aisle.

Claims anti-ageing products are “scientifically proven” or “8 out of 10 women saw results” are almost falling off the shelf in the beauty aisle. How do you sort the real science from the junk? Here’s what to be wary of, and what to look for, when you next hit the beauty aisle.

What to be wary of

This means any effects you may experience from using the product could be temporary.

Any decent moisturiser boosts the water content of skin, which will temporarily disguise fine lines and wrinkles (in the same way blowing up a balloon smooths its surface). Christchurch Hospital head of dermatology Dr Victoria Scott-Lang says a short-term moisture boost will do little to address the underlying causes of ageing skin.

Companies know science sells so they try to drop in respectable-sounding phrases without falling foul of fair trading laws.

University of Auckland consumer behaviour lecturer Dr Denise Conroy says using scientific terms, such as “restoration” or “cell strengthening”, is a “way of positioning things as being good for our health – that by buying these products we’re doing something for our health, not our vanity”.

A better term to look for is “clinical trial”. Only a robust gold-standard clinical trial can prove a product will have any effect on your skin, Dr Scott-Lang says.

This Latin phrase translates as “in glass” and means the tests were done in a tube or dish containing human skin cells.

However, your skin acts a barrier, and has evolved to keep things out.

So while the product could theoretically have an effect on your cells once it gets in, an in vitro test doesn’t tell you whether the product will actually make it into your skin in the first place. Instead, look for trials where people have applied a product to their skin and had their lines and wrinkles measured before and after.

These tests typically ask every member of a group to use a product and report on any improvements they see.

However, if you’ve spent weeks applying a cream and want the product to work, you’re psychologically primed to see a positive effect.

Dr Conroy says an unconscious desire to reciprocate may also influence participants. “If we get something expensive for free, we’re much more likely to be positive,” she says.

The best trials use objective measurements instead of self-evaluation — for example, measuring the depth of a specific wrinkle before and after. Ads rarely get into this sort of detail — we needed to request test results from companies to find out.

This is simply too small a test group to determine what might work for all consumers, Dr Scott-Lang says. We found companies may use just a handful of people in tests.

The smaller the group, the more sceptical you should be. Conversely, a test group of a few hundred people can tell researchers not only if the product works but how big an effect it has, provided the study is well-designed.

Customers may not be terribly keen to blow hundreds of dollars on a product with a confirmed but only modest or short-term effect on the skin.

“The general consensus is there’s not enough evidence to support the claims of many of these products,” Dr Scott-Lang says.

Some beauty brands run their tests in-house. However, this runs the risk of biased results. Independent testing should be done by a company with no financial interest in the product.

Many of us have heard of the placebo effect. By randomly giving half the participants a sham product that looks just like the real thing, skincare manufacturers can test whether their product delivers on their claims. If the ad doesn’t mention a placebo, it’s safe to assume the tests didn’t use one.

Don’t panic — by blind or double-blind, researchers typically mean both the testers and the test subjects have no idea which is the real cream and which is the placebo. This means researchers and test subjects can’t unconsciously favour the real product. However, we’ve seen the term used by some companies to describe tests without placebos, which risks misleading consumers.

Any clinical trial published in an independent, reputable journal is scrutinised by other experts who will highlight flaws. It also means you can read the results for yourself.

Most skincare companies we asked provided their test results — though a couple were a bit selective. By requesting this information, we could tell whether the evaluation met good scientific standards and if the company tested the actual end product they sold on the shelves — some rely on tests on a single ingredient in the cream 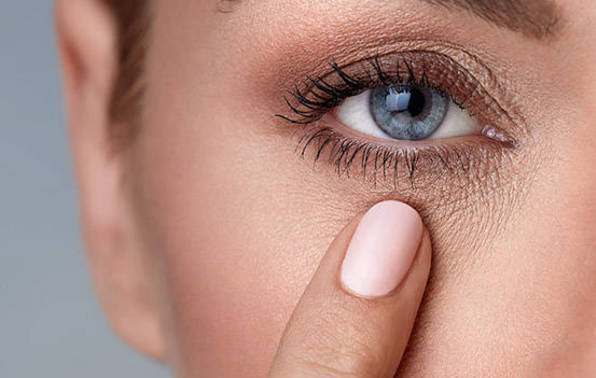 In our full report, we look at whether the claims on 9 anti-ageing products stack up. Plus, take our quiz to see if you know your skincare facts.