A trader who sold caged eggs as “free range” has been sentenced to 12 months’ home detention, after being prosecuted by the Commerce Commission.

Xue (Frank) Chen sold eggs from his Gold Chick farm in Henderson, Auckland. While Gold Chick produced free-range eggs, it also bought caged eggs from other suppliers and falsely labelled them free range. Gold Chick eggs were sold to wholesalers, retailers and directly to the public at a free-range premium.

The offending went on for more than two years, from September 2015 to October 2017, before it was detected.

During that period, Mr Chen bought more than three million cage eggs, making an estimated profit of $320,000 from selling them as free range.

The commission began its investigation in June 2017 after a complaint from a former Gold Chick employee. Evidence collected when the property was searched in December 2017 included invoices from the cage-egg supplier and burnt remains of its packaging labels.

In sentencing on 21 July, Judge Field said Mr Chen’s “motivation seems to be entirely financial” and the offending could “discredit an entire industry in the minds of consumers when they can’t be sure what they are buying is in fact the product”.

Mr Chen has undertaken to make a $50,000 donation to the SPCA, the commission said.

This isn’t the first time a trader has been found selling fake free-range eggs. In 2014, the owner of a Northland egg farm was sentenced to 12 months’ home detention and 200 hours’ community service for selling faux free-range eggs.

We’re calling for a mandatory free-range standard so when you buy free range you know what you’re getting. 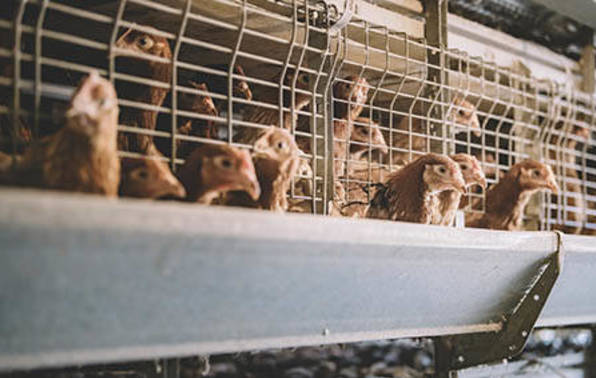 Support our call for a mandatory free range standard

If you’re paying extra for free range, that’s what you should get. We’re calling for a mandatory consumer information standard for free-range claims.