I tried out Huawei’s latest affordable accessories and found they strike a great balance between price and function.

Huawei’s latest truly wireless headphones, the Freebuds 4i retail for a low $159. They follow up last year’s Freebuds Pro, one of the better-scoring pairs of earbuds in our headphones test.

I was happy with the sound quality of the Freebuds 4i. Spoken word sounded perfect, and most music was satisfying including deep hip-hop bass. However, dense indie-pop arrangements didn’t sound as rich as they could.

Not once did I have to think about the strength of my Bluetooth connection. Walking on packed city footpaths in the rain, I expect distortion and dropouts from any wireless headphones – but these buds kept the tunes flowing. I wasn’t surprised to discover they run Bluetooth 5.2, the newest and fastest version of the technology.

The Freebuds 4i are one of the cheapest pairs of headphones with active noise cancellation (ANC) in the country. I don’t use noise-cancelling a lot, but it worked fine when I did. Even with the setting off, the Freebuds block a lot of noise passively due to tight inner-ear seals. I got the most use out of “Awareness” mode, which is basically the opposite of noise cancellation. It amplified outside noise, like traffic or colleagues seeking my attention, and blended it with my music so I could hear both.

My ears usually tire when wearing buds for hours on end, but the Freebuds were comfortable for extended use, probably because they’re so light. They also look good – the charging case is particularly sleek and stylish.

The Freebuds wouldn’t be my first-choice headphones, because over-ear models are my go-to. But if I was looking for something pocket-sized as well, the Freebuds 4i would trump premium buds due to their price. I don’t think I’d miss anything, and I’d save hundreds of dollars.

Despite only costing $129, the Band 6 deftly fulfils the main function of any smartwatch: giving endorphins when your numbers go up, whether they’re exercise durations, step counts or heart rates. However, it’s less obtrusive than a full-on smartwatch – enough that I forgot I was wearing it. It was even light and sleek enough to wear while sleeping (something I find too uncomfortable with a full-sized smartwatch).

My favourite thing about the Huawei Band was its refusal to lose power. I didn’t even think to check its charge for a full week, and I’m sure it could’ve lasted two. It contributes to the vibe that this band is something you don’t have to think about.

However, the passiveness means you need to be able to motivate yourself, rather than being bombarded with constant reminders and encouragement. I didn’t work as hard to achieve my exercise goals as I would’ve wearing a naggier watch.

I’d read with concern that the silicone straps of the Band 6 couldn’t be removed. I’m relieved to report that they can, so a broken strap doesn’t mean throwing away the electronics. However, you’ll have to go through Huawei to get a replacement, or ship one in from somewhere like AliExpress.

I’m much more likely to buy a $100 fitness tracker than a $500 smartwatch, even if it doesn’t motivate me quite as well. For me, it’d be a coin flip between the Huawei Band 6 and its biggest competitor the Mi Smart Band 6 ($85) from Xiaomi. 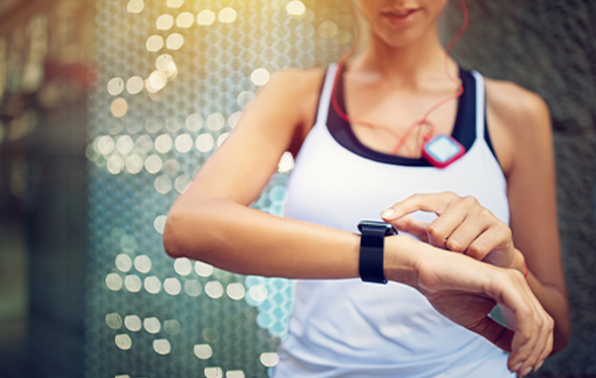 We’ve tested 55 models – including the latest Apple Watches – on their functions, ease of use, battery life and more.

On a Huawei or Apple phone, the apps to control both the Band (Huawei Health) and the Freebuds (Huawei AI Life) are installed like usual.

However, if you use a non-Huawei flavour of Android like me, the installation is far from standard. You have to scan a QR code to open the right webpage and download the app as a file, complete with system warning the file might be unsafe. It’s all very undignified.

It’ll make updating the software irritating too, since it won’t be automatic.

To understand why, recall that Huawei’s addition to a US embargo list last year meant it could no longer work with Google, which administers Android. That means no Huawei app can appear in the Google Play Store, making the experience of using a Huawei accessory with Android fundamentally different to one of any other brand. It’s jarring.

Once I summoned the courage to ignore the warnings, I found the apps to be high quality and improve the experience. The app for the Freebuds was crucial, as it let me remap the touch controls to allow skipping tracks.

First Looks are trials of new and interesting products from the perspective of our product experts. Our lab-based tests offer truly objective product comparisons. The devices were loaned to us by Huawei.