Five or even 50 times the price, “gourmet” rock and sea salts are often promoted as a nutritionally better choice than the basic variety. Do they really have higher levels of essential minerals? We’ve looked at the evidence.

Five or even 50 times the price, “gourmet” rock and sea salts are often promoted as a nutritionally better choice than the basic variety. Do they really have higher levels of essential minerals? We’ve looked at the evidence and compared prices of 16 types of salt – they range from $0.13 to $5.89 per 100g.

Plus, we conducted a blind taste test to see if culinary students could tell the difference between basic and gourmet.

Salt is sodium chloride – whether it’s sold as rock, sea or table varieties. Rock salts come from salt mines while sea salts, manufactured into grains or flakes, and table salts are made from evaporated seawater.

The only notable difference between gourmet rock and sea salts and table varieties is that the former undergo less processing – most skip the refinement, bleaching and addition of anti-caking agents.

But manufacturers of gourmet versions like to promote their products as being tastier and healthier than cheaper table salts.

The label on Lotus Celtic sea salt claims the salt “retains the beneficial trace minerals and nutrients of the ocean, like potassium and magnesium” as a result of being unrefined.

Himalayan Harvest pink rock salt, distributed by the Healthy Salt Company, is touted as “a natural source of over 84 minerals and trace elements, including calcium, magnesium, potassium, zinc, silica and selenium that are essential for maintaining good health”.

Iodine as well as iron and calcium “in their natural form” are also promoted on the packaging of Mrs Rogers’ Himalayan rock salts.

Heart Foundation national nutrition adviser Angela Berrill describes these types of claims as marketing hype. “We shouldn’t be looking to a salt to get these trace minerals, we should be looking to a healthy, balanced diet,” she says.

The amount of salt you’d need to consume to get much benefit from these trace minerals means you’d also have to significantly increase your sodium intake.

“Eating too much salt causes a rise in our blood pressure, leading to an increased risk of heart disease,” Ms Berrill says.

For example, a recipe that calls for half a teaspoon of Himalayan Harvest rock salt to be used in the preparation of a 120g rump steak adds just 0.07 milligrams of iron to the meat’s 4.3mg. But that half teaspoon alone would supply half your recommended daily maximum sodium intake.

If a manufacturer claims its product is a source of specific nutrients, such as calcium or iron, then it’s making a nutrition content claim. These claims are regulated by the Food Standards Code and must comply with labelling rules.

For example, to claim a food is “a source of” or “contains” calcium, the product must provide at least 10% of the code’s adult recommended daily intake (RDI) for calcium in one serving – at least 80mg. To claim a food is a “good source” of calcium, it must contain at least 25% (200mg) of the RDI in a serve.

The Healthy Salt Company, Lotus Foods and Mrs Rogers all have nutrition content claims on at least one salt product. But none of the products contained the minimum 10% of RDI required by the Food Standards Code before a claim can be made.

Mrs Rogers argued the promotional wording that its salt “contains many trace elements and minerals including iodine, calcium and iron” isn’t a nutrition claim.

None of the products met the requirements to make a nutrition content claim.

“We agree that all natural salts are mostly a source of sodium and trace elements are just that – minute amounts. We declare the 3 minerals of note in Himalayan salt, not to make a claim but to inform consumers of their actual levels as we are aware of the misconception of Himalayan salt being a mineral-rich product.

“With all of our salt products we make the suggestion on pack to use sparingly to avoid excessive intake,” the company says.

Lotus Foods, which promotes its salt as containing magnesium, says it believes it is not claiming any health benefits for the product.

“We do not encourage consumers to consume their RDI of magnesium through salt – a healthy, balanced diet and lifestyle is important,” the company says.

The Healthy Salt Company did not respond to our queries before we went to print. We also asked about panels on its products, which list the salt’s mineral content per kilogram, despite the Food Standards Code requiring this information to be shown per 100g.

The Ministry for Primary Industries enforces the code and can order a company to remove a claim from its product or face compliance action if that product is found to be in breach of standards. We’ve made a complaint to the ministry about these products’ claims.

While nutrients such as iron and calcium are highlighted on gourmet salt labels, companies are less likely to mention the product may also have trace amounts of other minerals like aluminium and strontium because it hasn’t been refined like table salt.

While trace minerals in salt are only present in very low amounts, they are enough to give salts, famously Himalayan pink rock salt, different hues. Combined with different textures and grain sizes produced during the manufacturing process, as well as a little marketing, it’s easy to see how consumers could think there are significant differences between salts.

However, when the chemical composition of 7 rock and sea salts was analysed in a 2011 study by UK consumer watchdog Which? and advocacy group Consensus Action on Salt and Health, all products were found to contain nearly 100% of the same thing – sodium chloride.

The only key difference the study found was that one sea salt variety contained more residual water than the others. Given table salt is made from evaporated seawater, just like sea salt, and the mines from which rock salt comes are ancient, dried-up oceans, this negligible difference is not surprising.

University of Auckland public health and nutrition researcher Helen Eyles says iodine is the most important nutrient you need to look for when buying salt. Iodine was first added to table salt in New Zealand in 1924 to address iodine deficiency, a health issue that is re-emerging in recent years.

Of the 16 rock and sea salts we looked at (see below), just 3 were iodised.

Dr Eyles believes marketing which gives salt – even when it is a good source of iodine for many New Zealanders – a “health halo” can be dangerous.

“If you are adding gourmet salts to increase your mineral intake while still eating a lot of packaged foods, any potential health benefits from those minerals might be undone by an overconsumption of total salt.”

GUIDE TO THE TABLE PRODUCTS are listed in alphabetical order. PRICE is from a store survey conducted in February 2017.

Can you really taste the difference?

We asked 5 students enrolled in WelTec’s hospitality course to put their palates to the test and see if they could detect any difference between gourmet salts and the regular variety.

After removing their blindfolds, the students voted for their favourite. Three of the 5 chose the most expensive option. The Himalayan rock salt and the table salt received 1 vote each.

The students characterised the Himalayan rock salt as having a milder flavour, in contrast to the “bolder” taste of the Celtic sea salt. One noted the table salt fell in between, with a medium level of saltiness.

You may want to give an expensive iodised product a try but your personal preferences are likely to play a role in whether you find the price is worth its, well, salt. 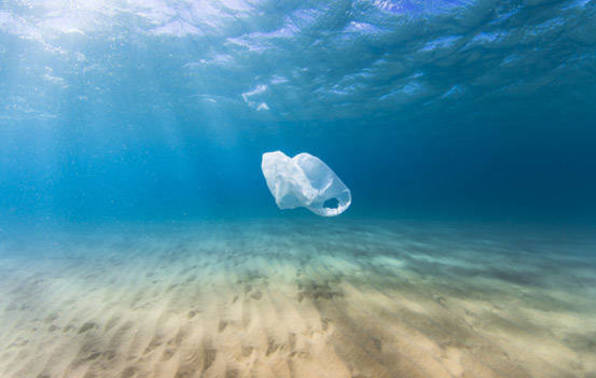 The issue of microplastics

Some sea salts may contain trace amounts of microplastics, a result of plastic pollution in today’s oceans. A 2015 study published in the journal Environmental Science & Technology reported high amounts of microscopic plastic fragments and fibres in Chinese-sold sea and table salts made from seawater compared with rock salts, which are formed from ancient oceans. Scientists are still determining the impact of microplastics on human health. As this type of contamination is a global problem, the results are likely to apply to all sea-made salt products, the study concluded.

While we need salt in our diet, overconsumption of sodium – one of salt’s major components – is linked to heart disease, kidney disease and stomach cancer.

New Zealanders are already getting more sodium than recommended. On average, Kiwis consume 1.5 teaspoons of salt (9g or 3450 milligrams of sodium) each day.

Although we have a better idea of the salt we add to our own cooking, we often unknowingly eat significant amounts of sodium in packaged foods and restaurant and takeaway meals.

One of the most effective ways of reducing your salt intake is increasing your consumption of fresh, unprocessed foods and cutting back on packaged foods. You should also check nutrition information panels to see how much sodium a packaged food contains.

Know your salt facts? Take our quiz to find out for sure!

Salt in the Himalayas

Fans of Sir Edmund Hillary may be surprised about the marketing hype surrounding “mineral-rich” Himalayan salt.

Those familiar with the mountaineer’s life will know the plight of the Nepalese people in the Everest region – including their health problems stemming from iodine deficiency – inspired him to raise funds and build schools, hospitals and health clinics in the country.

Despite living on the mountains where the Pakistan-mined Himalayan rock salt comes from, the Nepalese people needed to fortify the rock and lake salt they eat with iodine in order to address this health problem, which affects a significant proportion of the population. On their own, these salts have nowhere near the necessary levels of the mineral.