Your questions about heat pump performance and corrosion answered.

Is it more efficient to leave heat pumps on 24/7 using the “away from home” settings or to turn them on when heat is required?

We think the answer for most households is that it’s more efficient and less costly to turn them on as required – but it depends on how well your house is insulated. Or perhaps on how much of your heat is lost almost as soon as it reaches your room.

If you have a near new house that is air-tight (has no gaps around doors and windows, so no draughts), and has insulation that far exceeds the building code requirements, has double glazing, and thermal drapes, and a true heat exchanger ventilation system so you never need to open windows, it could be more efficient to leave the heat pump on all day every day.

But in an old draughty uninsulated Victorian villa, you'll be wasting a lot of energy moving heat into your house then leaking it out the walls and windows and gaps to the outside air, where the heat pump outside unit will take it back out of the air and pump it in again.

If you live in a house like this we advise running the heat pump in much the same way as you ran your old heating system. Use the timer to start the heat pump an hour or so before you normally would. If the heat pump replaced electric heaters, you’ll at least be able to get the same amount of heat for a lot lower cost.

We know that far too many NZ houses are poorly insulated, have “natural” ventilation from gaps and cracks, have poor moisture control and so on, which leads us to believe running a heat pump 24/7 in many cases will be wasteful.

Your house could be anywhere between the two extremes and we'll have to leave it up to you to decide what is the best way of running the pump. Check out our Insulation report for tips on how to cut down on heat loss.

It’s essential you stop as much of the heat-loss as you can before you run your heat pump constantly.

Why does my heat pump stop heating every now and then when it’s frosty?

The short answer is that it’s defrosting. The reason why is quite complicated.

First, it’s important to know that your heat pump gets heat out of the air by trying to cool the whole planet. It’s like a fridge running in reverse (see "What's a heat pump"). The outside unit of the heat pump has a panel like the inside cooling plate in a fridge. You’ll often see ice form on the evaporator panel in your fridge – because it’s a very cold panel in a cool “climate”. Something very similar happens outside on your heat pump external unit.

On a cold night when temperatures are heading towards a frost, as the air cools it loses its ability to hold water. Relative humidity rises as the temperature drops. Eventually the air temperature falls to the dew point, which is where relative humidity has risen to 100 percent. A relative humidity of 101 percent is against the laws of physics, so below the dew point excess water can’t stay in the air any longer. This excess water separates out of the air as dew, condensing onto everything that’s not under shelter. If the air cools further, to zero or below, frost forms.

Your heat pump’s outside evaporator panel is out there in that dewy air, being kept very cold so that it can pull heat out of the air. Ice is inevitably going to form on the panel at low temperatures and high humidity. When the ice gets thicker, it will act as an insulator, and limit the amount of heat that can be extracted. The heat pump senses this and changes to a defrost cycle. While defrosting it won’t deliver heat.

The worst conditions for ice formation are when the dew point is close to, but still above, zero. On a still day the actual dew point temperature in the evening depends on the relative humidity at the highest air temperature during the day.

So if you have a relatively humid climate where the overnight temperature regularly drops to the dew point, but not quite to freezing, your heat pump is going to suffer from severe icing. And it will have to stop heating fairly often to defrost itself. It’s the Achilles heel of the heat pump.

All of this is why we think all heat pumps sold in New Zealand should be tested at 2°C in air that is at the dew point. We also say it should be mandatory to have the tested heat output at 2°C on the energy rating label.

If my heat pump does not deliver full heat at 2°C in the Waikato, how can it work at all in Otago?

It’s very simple. It’s colder in Otago. Heat pumps work just fine in Canada where it’s colder still. They get to minus 20°C and more over there, but it’s no problem. OK, OK, you’re not convinced! Read the FAQ above, and we’ll carry on down below the frost point.

What has just happened? Frost has formed because it’s below freezing and the dew has settled out of the air that could no longer hold all the water it did earlier in the day, at say 12°C. Below zero, and below the dew point, there’s almost no water left in the air and your heat pump should not have to defrost at all.

But it’s freezing – there’s no heat left in the air either. Not at all. There’s plenty. There’s still heat in air at minus 270°C. Not much mind you, as that’s just 3° above absolute zero. There is no heat left at minus 273°C. Obviously there’s less heat at minus 10° C compared to 10°C. But it’s not a lot less.

Heat pumps don’t have a problem getting heat out of the air if it’s just below freezing, as long as they’ve been designed to work down to say minus 10°C or so. Which is plenty for most parts of NZ.

So, at 6am, when it’s minus 3°C in Queenstown and plus 3°C in Hamilton, who has the defrosting problems? Not the Southerners.

Can the heat pump be made to perform better in frosting conditions?

Maybe. There are a few things worth trying.

Part of the problem could be that it’s trying too hard to heat up your room. This could be because it’s a little too small for the job. If it was recently installed, and it’s the size recommended by the installer, discuss it with them. Ask if you can have it replaced with one that has a little more heating capacity at 2°C installed.

If it was installed to heat one room and you leave the doors open to other rooms – shut the doors. It’s almost certainly too small to heat your whole house.

You may have turned the thermostat up to try and get more heat out of it. Sorry – that’s wrong. You are forcing the heat pump to work harder, making the outside evaporator plate even colder, and ice form faster. The harder it works, the more ice. It’s also less efficient at maximum output, so your running costs can increase.

Try setting the thermostat lower, to around 18°C, so the unit doesn’t have to work so hard to get up to temperature. 18°C is much warmer in the morning rush than 10°C!

Another way of easing the load is to set the timer’s starting point a bit earlier, so it has more time to achieve the desired temperature.

Part of the problem could also be restricted air flow through the outside unit. Check that the fins are not blocked, and the intake and fans etc are not covered in debris, dust or cobwebs. It should work better if there is a bit of a breeze. Or it may be that you’ve got it alongside the coldest wall of your house. It will work better if moved to a warmer spot. The north side of the house is usually warmest.

And finally, if you only have occasional problems because it’s only rarely frosty, keep a cheap 2000 watt electric fan heater for backup. Run the heater on full to ease the heat pump load until the room warms up to the point where the heat pump can maintain an acceptable temperature. If it takes 30 minutes to do this, you’ve only used 1 unit of electricity or less than 30c worth. 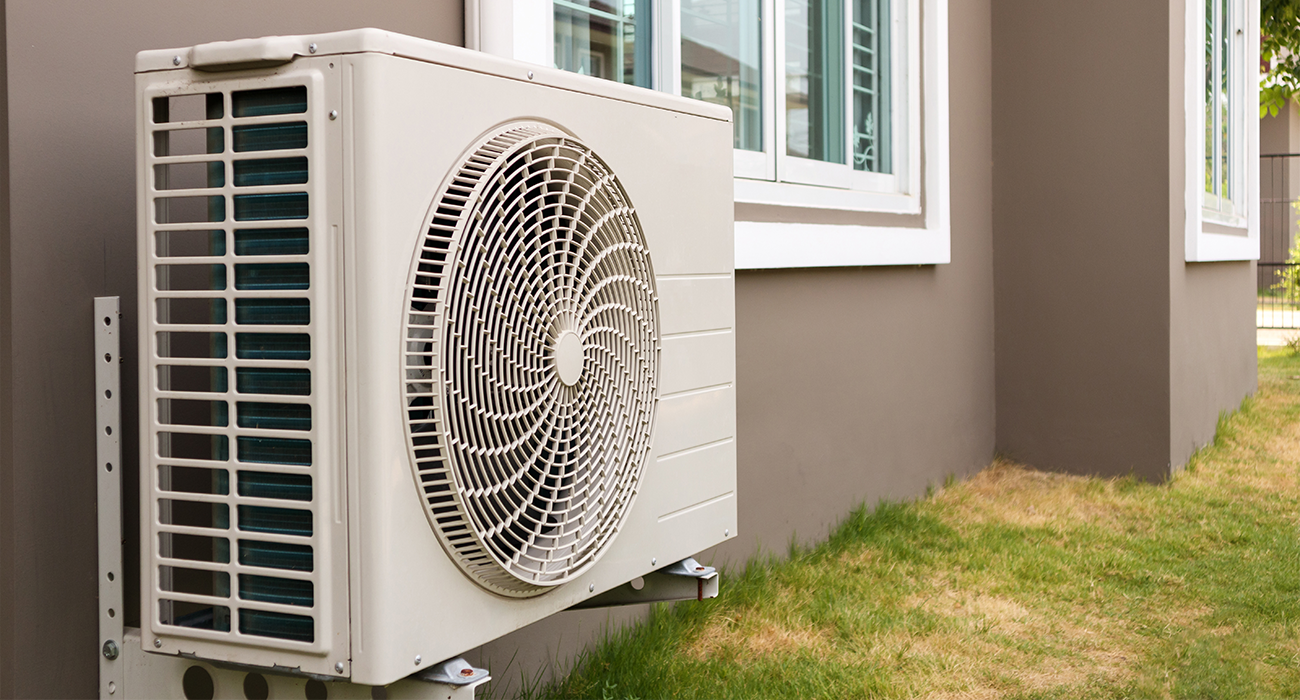 We’ve had a complaint from Rotorua where a heat pump failed after 3 years and the warranty claim was declined because corrosion wasn't covered in geothermal areas.

In our opinion manufacturers’ warranties should cover corrosion damage in geothermal and seaside areas unless owners have been specifically warned the local environment is corrosive and that the warranty cover is reduced. If the cover is to be reduced customers should be given written notification of the extent and period of the reduced cover. We think the buyer should sign a separate clause in the warranty to ensure both parties are aware of their responsibilities.

What about the Consumer Guarantees Act?

The Consumer Guarantees Act (GGA) provides a guarantee over and above any maker’s warranty. The CGA says products must be durable. Most heat pump manufacturers offer 5 years parts and labour warranties which says they should be durable for at least 5 years. In our view, at least double that life is a reasonable expectation.

If an installer is prepared to supply and install a heat pump in Rotorua, we say they should have to repair or replace the heat pump for corrosion damage for at least the life of the factory warranty.