How long are your vacuum cleaners lasting?

Back in June, 87% of New Zealanders agreed that some brands were more reliable than others. However, only 62% were confident they knew which were the good brands.

Fast-forward a few months and over 900 of you have told us about your broken vacuum cleaner via our ongoing survey. That data tells us how many years vacuum cleaners are lasting, and which brands are going the distance.

We had enough data to compare the longevity of five different brands of standard vacs. Nilfisk and Dyson came out on top while Hoover vacs developed a serious fault a full year sooner than average.

A few things tended to go wrong with corded vacuums after only four years. But attachments are often replaceable, and poor suction can sometimes be helped by cleaning your cleaner.

A typical stick vac comes with a two-year warranty. So it’s really disappointing that the average cordless stick develops a serious fault after just 2.2 years. Manufacturers need to do more to make these appliances durable, regardless of repairability.

Most of the cordless vacuums you told us about were from Dyson. On average, Electrolux models lasted six months longer.

No specific faults took longer than an average of 2.5 years to pop up. Most of them shouldn’t mean a dead unit – batteries, chargers and cleaning heads should be replaceable. In 2021, we’re investigating which brands have parts like these available. We’re also lab-testing some stick vac batteries for durability.

In the new year, we’re using the results from this survey to determine which faults and which brands we should focus on first. The more responses we get, the better our advice can be. So, if you have a broken vacuum and haven’t filled it out yet, please do so here, or pass it on to your friends.

A fault is serious if you told us it either forced you to change how you use your vacuum, or rendered it unusable.

We didn’t include minor faults, such as cracked wheels or cords not retracting properly, in our analysis. Minor faults might be annoying, but they’re easily repairable or don’t affect how the vac performs. If we’d included them, many of the average failure times we report would be shorter.

If your vacuum has a fault that’s annoying, but not especially serious, we’d still love for you to fill out the survey. We want to know about all problems with your vac, however minor. 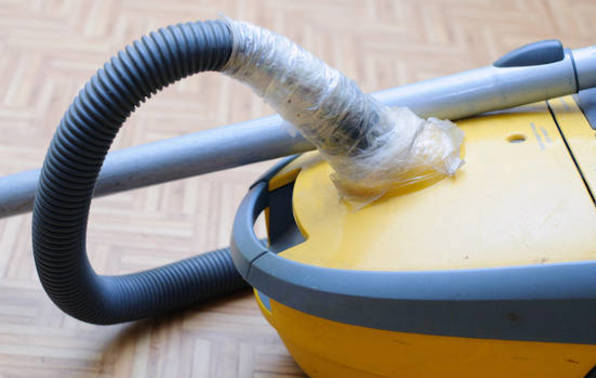 Tell us about your broken vac

Whether the fault is catastrophic or just annoying, we need your help. Take our two-minute survey to report what went wrong.