Get up into your roofspace once a year to check that all is well. Use your ladder safely and walk or crawl only on ceiling joists.

Most types of roof in New Zealand are pitched, although flat roofs are also common.

Pitched roofs form a ridge or apex, and often have an overhang (eaves) that shields the upper part of the external walls from the elements. Wide eaves protect a building from rain, the high summer sun and also from snow melt coming off the roof. Pitched roofs are traditionally based on a triangle for strength, although complex roof designs are now also common. Rafters carry the external roof covering.

Common forms of the pitched roof are framed rafters or trussed roofs. Trussed roofs are often prefabricated off-site. Do not remove any section of a trussed roof as it can cause the structure to collapse. It will also invalidate manufacturer’s and builder’s guarantees.

Flat roofs are often used for extensions or outbuildings. They have also been used in ‘Mediterranean’-style buildings, which have been identified as a risk factor in leaky building syndrome. Flat roofs do not generally have a roofspace.

Signs that your roof space is too damp include:

Stains generally indicate condensation or that the roof or a pipe is leaking. Find and repair the leak. See Roofs. Replace any water-damaged materials. Patch torn roofing underlay sections.

Other signs of moisture indicate that the roof doesn’t have adequate ventilation. You can improve ventilation by installing extra vents.

Two types of vents are needed:

Make sure your kitchen, bathroom or laundry extractor fan doesn’t vent into the roof space. If it does, extend the venting to the exterior of your house. Under the Building Code, newly installed fans must vent to the outside of the house.

Drooping roof underlay at the eaves can be particularly common in tiled roofs where water is blown up under the tile, and indicates that moisture is getting in. Use an anti-ponding board to provide support under the roofing underlay to allow water to drain. See our article on moisture in the home for other tips on reducing moisture and condensation.

If insulation is not installed properly or has moved since installation, it will be less effective.

If the insulation is being disturbed by the wind, find where the wind is entering and seal the gaps, then re-level the insulation. Leave a gap of 25mm between the top of the insulation and the roof underlay around the edge of the roof.

This can be caused by poor design, settlement of the foundations, heavy roofs (concrete or clay tiles) or more unusually, damaged timbers due to borer.

You may need to get professional advice to support the timbers by adding under-purlins, new members or struts. If your roof is still under warranty, contact the manufacturer before doing any work. You may want to get a professional to inspect the roof before carrying out any work.

Rodents/birds in the roof space

Find out where they are getting in and block the hole with rolled-up wire netting. Lay poison or traps to deal with resident rodents.

If the wiring has deteriorated it could be a fire or electrocution risk. Have damaged wiring replaced by an electrician. Ensure wiring is secured and supported

Roof insulation: Up to 42% of the heat in your home can be lost through the ceilings and roofspace, so make sure the roof space is well insulated. If you only have insulation in one place, make it the roof.

New houses must be insulated, but many older (pre-1970s) houses are not. There are different products available for the roofspace. Some you can put in yourself such as blanket, segments or rolls.

Professionally-installed options such as loose fill insulation are worth considering if cost is a concern, if you have a low-pitched roof that makes it difficult to access the ceiling space, and/or if you don't need to get into your roof space very often. It can also be blown into the inaccessible corners and edges of low-pitched roofs.

Remember to leave a 25mm gap between the insulation and the roof underlay. 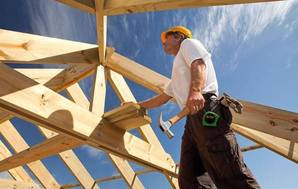 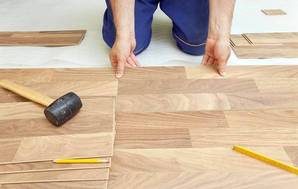 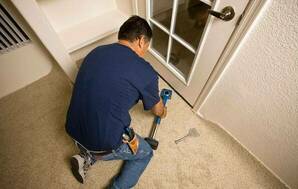