Are low rate, balance transfer, and zero fee credit cards really as good as they seem?

The credit card market has probably never been so diverse. There are cards with rewards and airpoints, with cashback promises, no fees, low interest rates, and cards with no interest for a period if you transfer your balance.

If you’re fortunate you might be able to get a card with a combination of features. But what are the fish-hooks?

New Zealanders owed more than $6 billion on personal credit cards as of December 2014. This was up 4.7 percent on December 2013. More than $3.9 billion of that was “interest-bearing”.

That suggests a lot of credit card holders aren’t paying their balance in full each month. And with the average interest rate on that $3.9 billion being 17.8 percent banks are making a lot of money.

The top credit card interest rates have increased recently - slipping out of the high “teens” into the low “twenties” for the first time since 2008.

Caught in the revolving door of only making partial repayments each month? Or worse, just the minimum repayment? To get on top of your debt you could switch to a low rate card or a balance transfer card.

Making only the minimum repayment benefits the bank. Minimum repayment levels are set so low you’re only ever going to nibble away at the debt. The trap is the more debt you repay, the lower your repayments go.

Minimum repayment amounts vary between banks. For standard credit cards they range from 2 percent of the closing balance (BNZ and Westpac) to 5 percent (Kiwibank and TSB). The banks also have a minimum dollar amount that will apply, ranging from $5 (Westpac) to $25 (BNZ).

Westpac has the lowest required monthly repayment - the greater of 2 percent or $5. A $3000 debt on a standard Westpac card charging 19.95 percent could take 70 years to pay off if you only ever paid the minimum. In contrast, with a Kiwibank standard card that $3000 will take 8.8 years to pay off, even with the same interest rate.

To make any headway on your balance you need to be paying more than the minimum each month. If you can’t afford to pay the balance in full, make a regular repayment based on what you can afford, rather than allowing the repayment to decrease each month.

To really dent the balance you should look at the interest rate. There’s a range of low rate cards and you may not need to change bank. They offer interest rates up to 8 percentage points lower than the top rates.

The catch with low rate cards is they tend to have higher annual fees than standard rate cards. Of the 8 cards we looked at, the average fee was $57 compared to $47 for standard interest rate non-premium cards.

On a debt of $1200 and with a monthly payment of $60, the best of the low rate cards is the ASB Low Rate Visa. With its annual fee of $40 and interest rate of 13.50 percent, it works out cheaper per annum than the American Express Low Rate credit card with its $59 annual fee and 12.69 percent interest rate. However, as the outstanding balance increases, the lower fee is outweighed by the lower interest rate cards.

The low rate cards don’t have rewards programmes. But rewards aren’t of any benefit if you’re not paying off your balance so it’s wise to forgo them for a lower interest rate.

These offers have become popular again. They appeared in the early to mid 2000s. Originally they were offered with low interest rates, but more recent offers have had zero interest for a defined period.

How do they work? Move your debt from your existing card to another bank’s card and for a fixed period – or sometimes the life of the debt – you can pay reduced or no interest on the balance transferred. Westpac and The Warehouse will also let you transfer balances from other banks’ personal loans.

Balance transfers can provide temporary relief for cardholders with a large amount of debt on a high interest rate credit card. But they require discipline. If you don’t have a plan to pay off the debt during the low or no interest term you’ll end up back where you started – or worse. And there are fish-hooks.

So what should you be aware of before applying for a balance transfer?

You’ll have to be approved for the new card and there may be a limit on how much you can transfer.

The balance transfer rate only lasts for a limited period. When this ends, anything you haven’t paid off will go back to the standard interest rate.

If you’re transferring balances from more than one card, repayments may be allocated to the balance transfer with the lowest rate first at Kiwibank and Westpac.

The current Kiwibank and BNZ zero percent balance transfer offers require you to also open a transaction account with them and have your main income direct credited to it.

Miss a payment or exceed your credit limit and you might end up paying the standard interest rate before the balance transfer period ends at BNZ.

What if you get to the end of the interest free period and you still haven’t paid off the balance? You could “credit surf” – switch from one balance transfer card to another. However this could affect your credit rating, so it’s not advisable to do this often.

Pay off your credit card balance in full each month? You’re not paying any interest. But can you do better with fees?

There are two zero annual fee credit cards as well as 9 cards with annual fees of $30 or less. Two of these cards, the Kiwibank MasterCard Zero and Kiwibank Air New Zealand Low Fee MasterCard also have a lower interest rate (15.90 percent) than standard cards.

Guide to the table: Data obtained in February 2015. Costs to pay off are interest plus card fees. We assumed card fees are paid separately and not added to debt.

Guide to the table: Data obtained in February 2015. We looked at standard cards only, not premium. A = No fee if card used at least once every 3 months, else $15 inactivity fee. B = optional for $20 annually.

Changes to the Credit Contracts and Consumer Finance Act mean credit card statements need to show a minimum repayment warning from 6 June 2015. This is meant to highlight the cost of only paying the minimum amount due and nudge the cardholder into making higher payments and reducing the balance faster.

The warning must read: “If you make only the minimum payment each month [or other payment period], you will pay more interest and it will take you longer to pay off your balance. Visit www.sorted.org.nz/#/tools/debt-calculator to calculate how you can pay off your credit card balance faster and pay less in interest.”

The Sorted calculator provides consumers with a way to calculate the costs of paying their card balance at different repayment amounts. 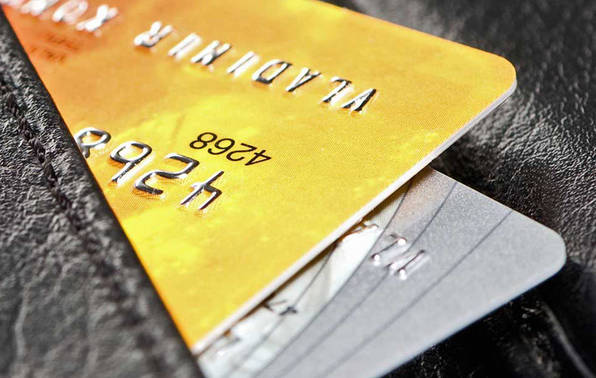 You can use our interactive database to compare cards, and try our rewards calculator to work out the net value of flight, shopping or cashback rewards.