Offered mechanical breakdown insurance with your new car? Our advice: forget about it.

When comedian Raybon Kan bought his car from Palmerston North dealer Lee European, it turned into something of a black comedy.

“The pre-purchase inspection had raised some issues that could be pricey – air con and transmission,” Raybon said. The dealer provided a 36-month mechanical breakdown insurance policy, claiming it would cover any problems.

But Lee European never coughed up with the insurance policy. It also failed to tell Raybon breakdown insurance excluded pre-existing faults and would be of little use if the air conditioning or transmission problems turned into a major expense.

That’s exactly what happened. Raybon had to take Lee European to the Motor Vehicle Disputes Tribunal, which ordered the dealer to pay $2000 for the insurance and $2200 for repairs to the air con system.

When Lee European failed to pay, Raybon had to chase the dealer through the courts.

“I had to apply to the District Court for a warrant to seize property. This was meant to be served within a month, but wasn't. Seasons passed, and eventually, a bailiff visited Lee European. But instead of seizing property, the bailiff accepted a cheque (!) – which to everyone's surprise, except mine, bounced. If you're a bailiff who will accept a cheque, in 2018, you're possibly in the wrong profession. Whatever you do, don't open a dairy.”

It wasn’t until a bailiff paid a second visit to Lee European that Raybon finally got his money and not before time. Lee European was put into liquidation in August.

Car dealers claim breakdown insurance will get your car back on the road if mechanical or electrical parts suddenly fail and need repair. Buying the insurance can add more than a grand to your purchase. But the real kicker is the cover you get for your money is hardly worth having.

Read the fine print and you’ll find an impressive array of things that aren’t covered, including anything deemed a pre-existing fault.

Autosure is provided by DPL Insurance, owned by Turners Automotive Group. Turners is a major player in mechanical breakdown insurance with DPL behind 3 of the 6 polices we reviewed, including Turners’ own brand cover and Marac Insurance’s offering.

As well as exclusions for specific parts, all the policies we looked at had broad-ranging carve-outs for “design faults” and anything considered the result of faulty repairs.

Even where a fault is covered, the amount the policy provides to fix it may be capped. This cap can be as low as $2000. If the fault costs more to fix, you have to foot the bill. You also have to pay an excess for each claim.

You’ll have slim chances of a successful claim unless you’ve complied with the policy’s requirements to get your car regularly serviced at an approved service centre. Policies typically require petrol vehicles to be serviced every 12 months or 15,000km, whichever comes first. You need to keep receipts for the work.

Protecta Insurance’s Optimum policy requires you to get the car serviced within the first 5000km.

Mechanical breakdown insurance is heavily promoted. Of nearly 4000 Consumer members in our car reliability survey who bought a vehicle from a dealer, 68% recalled being offered a policy.

While the insurance holds little value for consumers, it’s likely to be a tidy little earner for car dealers and insurers.

Policy exclusions and claim caps mean the situations in which insurers have to pay out and how much they pay are heavily ring-fenced. Unless you cancel within the cooling-off period, you usually won't get a refund.

For their part, car dealers stand to earn a handsome commission for each policy they sell. Exactly how much depends on the dealer.

James Searle, general manager for DPL Insurance, said dealers selling its policies set their own prices and decided the margins. Of the 5300 motor vehicle-related policies that parent company Turners sells each month, the majority are mechanical breakdown insurance.

The lure of a commission increases the chances of policies being sold with little information about what’s actually covered.

In a complaint dealt with by Financial Services Complaints (FSCL) – one of 4 dispute schemes car lenders and insurers can belong to – a couple buying a car on credit discovered mechanical breakdown insurance had been added to their loan. They thought the insurance was compulsory but later discovered this wasn’t the case. 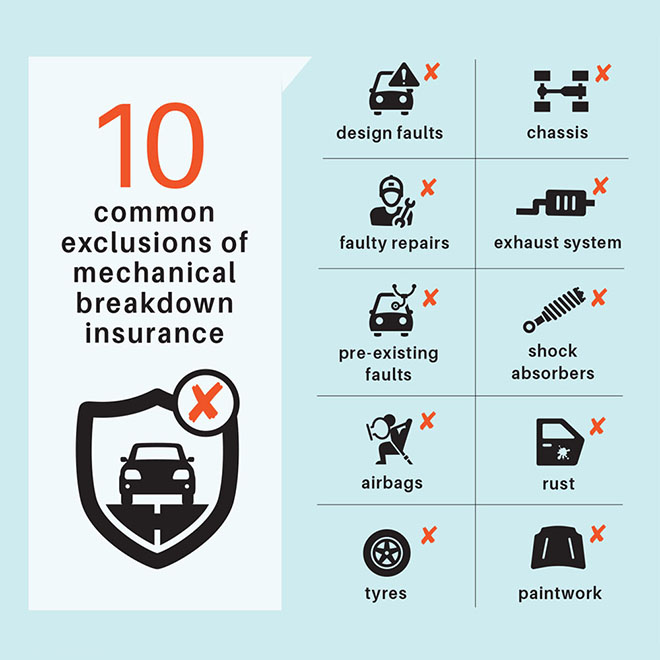 The dealer had arranged the loan with a car finance company. It declined to refund the couple when they complained but eventually paid back half the costs after the FSCL became involved.

FSCL chief executive Susan Taylor said most complaints it received about mechanical breakdown insurance relate to it being bundled with a car loan. Consumers may not be aware they’re paying for the insurance as well as paying extra in interest on the amount borrowed to buy the policy, she said.

Other cases illustrate the problems consumers can face making a successful claim.

In another complaint dealt with by FSCL, a man was left with an $1800 bill after the insurer dismantled his car’s motor to locate an engine fault and then told him it wouldn’t cover repairs.

The insurer told him a broken spark plug tip had fallen into the motor’s combustion chamber, causing the fault. The policy excluded damage from spark plugs, leaving the man with the costs of reassembling and repairing the motor. The insurer eventually agreed to make a goodwill payment of $500.

Across the Tasman, the Australian Securities and Investments Commission (ASIC) has slated breakdown insurance for being poor value.

In its 2016 investigation, the regulator found the average payout under these policies was just A$940, less than the A$1482 consumers paid in premiums. Customers would have been better off putting their money in the bank and self-insuring.

The real winners from the sale of the policies were car dealers. ASIC reported dealers’ commission could be up to 80% of the premium. Over the 3-year period investigated, dealers earned A$125.6m in commissions, while A$70.8m was paid to consumers for claims.

Not only was the insurance expensive but it was also largely unnecessary, given the protections under Australian consumer law. These protections mirror those in the Consumer Guarantees Act (CGA), which requires the dealer to meet repair costs if a car isn’t of acceptable quality.

Back here, car dealers have been criticised for using mechanical breakdown insurance to try to wriggle out of their CGA obligations.

In its 2017 annual report, the Motor Vehicle Disputes Tribunal (MVDT) described dealers using these products in a “subtle” attempt to contract out of the act. If problems arose, customers were told they must deal with the company providing the insurance, it said. However, it’s the dealer that should be taking responsibility.

The tribunal recently referred a complaint about Auckland dealer Direct Car Imports to the Commerce Commission because of concerns the company had exploited the “naivety” of a young woman by failing to disclose essential information, including details of a $1195 mechanical breakdown insurance policy added to her car loan.

The MVDT had also referred Lee European to the commission and the police after complaints from 4 consumers – including Raybon Kan – who were sold breakdown insurance but never got a policy.

The commission confirmed it had received complaints about other traders selling breakdown insurance, but wasn’t commenting further. It’s flagged motor vehicle sales as a priority for investigation as a result of the complaints it gets about dealers’ practices.

If you’ve been mis-sold mechanical breakdown insurance, demand your money back. We've got a template letter to help you.

You’ve got grounds to complain if:

If you don’t get a response, take it further.

Complaints about car dealers
You can take the dealer to the Motor Vehicle Disputes Tribunal. If the dealer misled you, the tribunal can order the company to refund your money.

Complaints about car lenders
If you bought the car on finance and the lender mis-sold you the insurance, make a complaint to its dispute resolution scheme. The scheme’s name will be in your loan document.

Complaints about insurers
If you bought the policy direct from the insurer and it misled you about the policy, you can make a complaint to its dispute resolution scheme. You can find the scheme on the Financial Service Providers Register.

You can also make a complaint to the Commerce Commission. It can prosecute companies for misleading consumers.

Let us know about your complaint by filling in the form below.

Email us at insurancerefund@consumer.org.nz if you need help with your refund demand.

We want to hear about your complaint 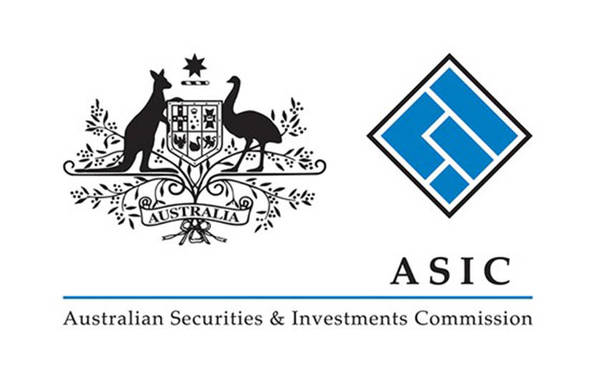 Aussie consumers have been reimbursed more than A$120 million after they were mis-sold mechanical breakdown and other insurance by car dealers.

GAP insurance covers the difference between what a consumer owes on a car loan and any amount they get under a comprehensive car insurance policy if the vehicle is written-off.

Along with breakdown insurance, GAP insurance was one of the most lucrative earners for dealers. Sales brought them A$328.8 million in commissions over a 3-year period, just over 8 times the amount paid to consumers for claims.

Our advice: be wary about buying any insurance from a car dealer. It may be the most expensive way to buy cover.