Life insurance adviser commissions are costing the industry and consumers.

Some financial advisers selling life insurance could be putting quantity of sales before quality of advice, an investigation by the Financial Markets Authority (FMA) has found. And it’s consumers who’ll ultimately foot the bill.

In May 2015, the FMA compelled 12 insurers to hand over four years of life insurance data. The data showed advisers who were paid an upfront commission for selling life insurance were more likely to switch their clients to new policies after only a few years.

This practice allowed advisers to increase their income and receive bonuses, such as overseas trips. But it also increased industry expenses, which are likely to be passed on to consumers as higher premiums.

Worryingly, the FMA found the quality of a policy was only a minor consideration when advisers upsold clients. “This suggests that some advisers are acting in their own interest, rather than in consumers’ best interests,” the report stated.

The incentive to sell

You buy life insurance to minimise the financial impact on your dependents if you die or become terminally ill. When you take out a policy, you choose a sum assured – a sum of money – that’s enough to cover your debts and provide an income for your family. Your insurer pays out your sum assured if the worst happens.

As life insurance should be tailored to your circumstances, a financial adviser should be able to answer questions such as “which policy will suit me best?” and “how high should I set my sum assured?”

While some advisers are employed by insurers and banks to sell their company’s policies, authorised financial advisers (AFAs) and registered financial advisers (RFAs) can choose to sell policies from one or multiple companies. As of June 2014, there were about one million life insurance policies among the 12 main insurers. Over 40 percent of these were sold by AFAs and RFAs.

AFAs and RFAs may receive a commission when they sell a policy for an insurer. As these advisers are a significant source of business, insurers compete to offer the most attractive commissions possible.

The FMA reported advisers who are paid an upfront commission on a life insurance policy could get as much as 200 percent of the new premium. So if your policy costs $800 in the first year, your adviser gets $1600. On top of that, advisers may receive:

If a life insurance policy lapses within a specified period – usually two years – the insurer can recover a portion of the upfront commission from the adviser. But beyond that period, all bets are off. Advisers have an incentive to switch clients to new policies to earn another upfront commission.

Likewise, the promise of overseas trips was an effective incentive for policy replacement. From April 2011 to March 2015, insurers paid for advisers to visit destinations such as Shanghai, Prague, Las Vegas, Hollywood, Rome, New York and Rio de Janeiro. One adviser enjoyed 10 trips over four years.

Where policies are unnecessarily replaced (called "churn"), consumers will be the biggest losers.

Advisers chasing another payday may advise their customers to take out either an inferior policy or one that charges higher premiums for marginal benefit. Across the ditch, the Australian Securities and Investments Commission found life insurance advice given to more than a third of consumers didn’t meet the required legal standard. Advisers were more likely to give substandard advice when paid an upfront commission.

When consumers take out life insurance, they have a duty to disclose “material facts” that may influence an insurer’s decision to cover them. If they don’t, the insurer can refuse their claims and cancel their policy. Consumers who are churned from policy to policy have an increased chance of accidentally failing to disclose a material fact.

According to a 2015 report by Melville Jessup Weaver, a firm of consulting actuaries, the churn of life insurance policies adds 10 to 15 percent to industry expenses. The firm said that in a billion-dollar industry, this equates to more than $100 million every year in extra costs. Consumers wear these costs in the form of higher premiums.

The Financial Advisers Act is under review. One issue is the regulation of commissions and other conflicts of interest.

We believe life insurance commissions and soft dollar incentives should be phased out under the revised Act. At a minimum, all advisers should be required to disclose what they stand to make from selling a particular policy. That way, consumers could better grasp the function of advisers within the life insurance industry.

We think there are other gaps in consumer protection that need to be addressed:

The FMA says you should consider these matters before you decide to switch policies.

When switching from an existing policy to a new policy, you may gain some benefits (such as a reduced premium) but lose others. For example, you could have a claim denied that might have been accepted under your original policy.

Most advisers work on commission when providing insurance advice

Advisers receive upfront commissions and other incentives when they sell a policy. Advisers usually have to repay some of the commission if the policy is cancelled within a certain period. But beyond that period, they can earn another commission by switching your policy. Be wary if you’re advised to change policies within the first few years.

There are 12 major providers in New Zealand, but most advisers deal with a much smaller number

Make sure you understand the options your adviser considered before making a recommendation. If you’re not satisfied, you may wish to talk to another adviser or do your own research on the available options.

The FMA found most advisers didn't depend on life insurance as their main income source. However, some advisers did well from commissions. Here are some of the FMA's key findings:

Following its investigation, the FMA will monitor and visit advisers with particularly high rates of replacement business. Under the Financial Advisers Act, the FMA can take action if advisers breach their duty of due care and skill. For misleading or deceptive conduct, advisers can be fined up to $100,000 and businesses up to $300,000. 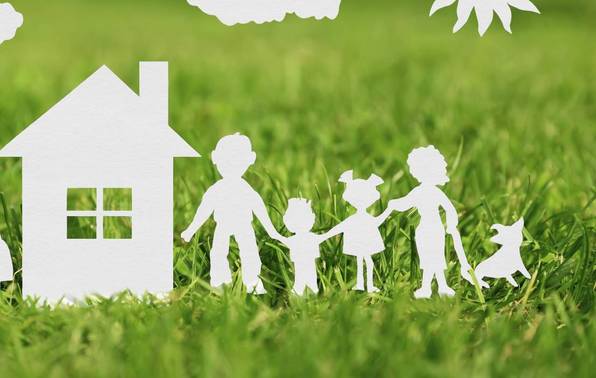 If people depend on you for income or care, you need life insurance. Choosing the right amount and buying from the right company can save you a lot of money. We've looked at "term life" policies, and asked 20 companies to provide quotes for our 2 case studies.