Consumers urged to write to Minister of Food Safety.

Auckland Zoo, Hamilton Zoo, Wellington Zoo and Orana Wildlife Park in Christchurch are asking consumers to back the “Ask for Choice” campaign by writing to Minister of Food Safety Jo Goodhew ahead of a November meeting of New Zealand and Australian food ministers. Palm oil labelling will be on the agenda.

Favoured for its smooth texture, palm oil is estimated to be used in 50 percent of food products. Much of the oil comes from plantations in Indonesia where forest clearance has caused habitat loss for the orang-utan and other endangered species. Deforestation continues to threaten these species, the zoos say.

The zoos are inviting people to visit their community action stations by November and send a postcard to Minister Goodhew asking her to support palm oil labelling. 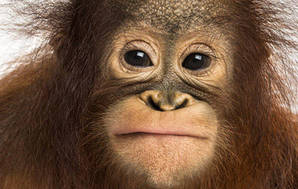 Palm oil is found in everything from snack bars to shampoo. Will it cost the earth?