Over thirty? You could be paying more to swipe right

New research from Consumers International and the Mozilla Foundation has found that Tinder Plus users over thirty are paying 65 percent more than their younger counterparts on average to swipe right. The research looked at pricing from New Zealand, Brazil, The Netherlands, South Korea, the USA and India.

These pricing differences continue even after Tinder faced at US$24 million lawsuit for unfair pricing based on age in California.

“Algorithm-based personalised pricing is when a business charges people different prices for the same goods or service. To figure out how much you’re charged, the service accesses your personal data. The question is, when is it appropriate for different people to be charged different amounts? Why is it okay for Tinder to charge users different prices, but for a company like Bumble to have set pricing?” said Dr Cherie Lacey, Consumer NZ investigative lead.

The study showed, on average across the six countries, 30–49-year-olds were charged 65.3 percent more than 18–29-year-olds. Personalised pricing is not a new concept and can be done in a fair and transparent way. However, without full transparency from Tinder, it’s hard to explain the reasoning behind such pricing.

This makes it difficult for consumers signing up for the services to have transparency about the price they were quoted. In New Zealand the highest prices quoted were between four to six times more than the lowest price.

“We know that Tinder is using age as a mechanism to set prices, but without full transparency from Tinder, it's hard to explain the reasoning behind the pricing. The research found that pricing is very complex, with New Zealand users quoted up to 25 unique price points for the same service,” said Dr Lacey.

Consumers were surveyed about personalised pricing and algorithmic discrimination with 56 percent citing data privacy as a top concern, while 33 percent highlighted the potential unfairness of charging different prices to different people.

Jake (not his real name) is 51 years old, lives in Wellington and has been a Tinder Plus member on and off for five years, until six months ago.

“When I signed up for Tinder Plus, I had no idea that they used personalised pricing algorithms. The app didn’t say anything about how pricing might differ between users. I’m concerned about what sorts of personal data the app does access about me. It raises serious issues about privacy.” 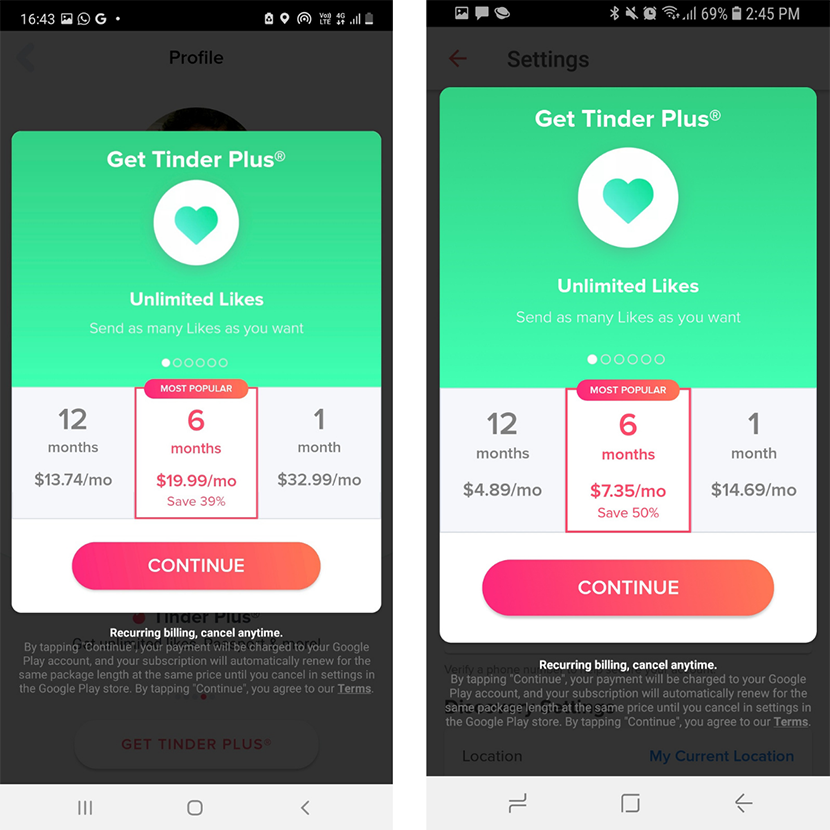 51-yr-old Jake’s Tinder Plus price is more than double that of a 26-yr-old user in the same region.

“It should be clearly communicated to users when they sign up for Tinder Plus. It’s a matter of algorithmic transparency and the ethical use of data. For me, it’s about allowing the user to make an informed decision.”

Read more about the investigation into personalised pricing algorithms.