We found a lack of repair information about smartphones and laptops at big-box retailers.

When I go to buy a laptop or a smartphone, the only real difference I can see is the price and big brand names. But does price and brand recognition determine quality?

What I really want to know is whether the device is reliable, if it can be repaired, and whether it will last a long time.

I rely heavily on the salesperson’s knowledge, but how do I know the advice they’re giving me is accurate and unbiased?

We mystery shopped four retailers – Harvey Norman, Noel Leeming, PB Tech and Warehouse Stationery (most were in The Warehouse stores) – for smartphones and laptops. We asked the salespeople whether there were common faults with the devices, what happened if it broke outside of the warranty period, whether the phone was repairable, and where it could be repaired.

Our mystery shop showed the salespeople weren’t upfront about faults or information about the reliability of smartphones or laptops.

Most salespeople our shoppers spoke to during the mystery shop were evasive about common faults with smartphones.

Out of the 19 mystery shops for smartphones, faults were only mentioned when talking about nine of them.

Faults mentioned across all smartphone mystery shops were batteries (two), slow processing (two), lack of durability (one), software issues (one), broken screen (two) or the owner dropping it (one).

Yet, our own reliability data shows faults are more prevalent than the salespeople let on.

In Consumer’s 2020 Tech Reliability Survey of more than 3300 smartphone users, the most common fault was battery capacity (43%), followed by a cracked screen (15%) and lack of charge (12%). Other faults were the battery failing completely, inability to connect to WiFi or cell coverage, and a drop in image quality.

Given the prevalence of battery and screen issues, and faults within 12 months of purchase, we would have expected the salespeople to be more upfront about potential faults.

As with the smartphone mystery shops, getting information about faults with laptops from salespeople was hard work.

We mystery shopped 20 laptops across the four retailers; faults were only mentioned for eight of them.

The salespeople at PB Tech were the most forthcoming when it came to naming faults with laptops. Batteries and fraying power cords were mentioned, along with issues with an internal graphics card if you dropped the device.

At other stores, shoppers were told how you used the laptop could determine the fault that could develop, while others said there were no faults, or didn’t know of any.

Yet our 2019 reliability survey on laptops and desktops found the main faults were:

Our 2021 reliability survey found that 19% of the 1876 laptops bought in the previous five years had a fault. Of those, 44% had faults appear within the first 12 months. Three-quarters of those faults were reported as major or catastrophic.

Given the number of faults experienced by consumers, we would have expected the salespeople to be more upfront about issues with laptops.

How long will a smartphone or laptop last?

The mystery shoppers were told smartphones could last anywhere between one and seven years. Stumping up more cash for a high-end device was sold as the road to durability.

A salesperson at PB Tech told the shopper an Oppo phone would last about 12 months, but at this price [$257], it would have done its job.

If we wanted durability, you’d have to pay for it, they said.

Another salesperson at PB Tech reckoned the Apple iPhone 13 could last between five and six years. Samsung was also sold as being durable. The salesperson had a Samsung S6, which came out in 2015, which was still working now.

Yet at Noel Leeming, the Samsung Galaxy A32 had a shorter life expectancy. The salesperson said it would last “probably a couple of years for the phone nowadays, unless you go for something like really high end”.

Longevity also depended on how the phone was used, according to some salespeople. At Warehouse Stationery, the mystery shopper was told a Samsung Galaxy would last “easily three years” unless it was used for video games which brought its life expectancy down to six months.

It wasn’t much clearer when shoppers were looking for a laptop. The average life of a laptop ranged from a “few years” through to five. The MacBook was sold as the most durable at Noel Leeming, with a life of five years.

We’re calling for a reliability index

We’re calling for a reliability index so consumers can get unbiased durability information upfront when shopping for tech.

Part two of our Right to Repair series will explain how this can be done.

Our mystery shop was carried out between April and August 2022 at four retailers in the Wellington region: Harvey Norman, Noel Leeming, PB Tech and Warehouse Stationery (most Warehouse Stationery stores were located in The Warehouse stores). We shopped for big-brand smartphones: Apple iPhone, Oppo, Samsung, Nokia and Vodafone (various models) at each store. We also shopped for big-brand laptops: Apple MacBook, Dell, HP, Lenovo, Acer and Microsoft (various models) at each store. Shoppers may have enquired about two devices in one shop. 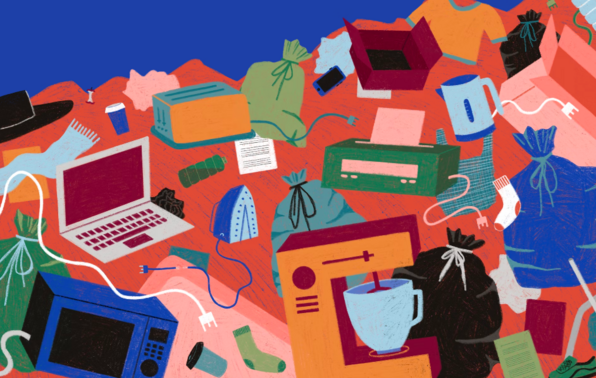