Results from our new Sentiment Tracker have found three out of five property owners would be priced out of their property if they had to purchase it at its current valuation.

At present, the average house price is more than 12 times the average national income. With skyrocketing house prices, many New Zealanders are finding it increasingly difficult to get their foot on the property ladder.

New Zealanders were asked what their biggest concerns are at present, and from both a national and financial perspective, the answer was housing. It exceeded concerns about Covid-19, as well as the cost of electricity and food. Regardless of whether New Zealanders own a home or are renting, they are deeply concerned about the state of housing. 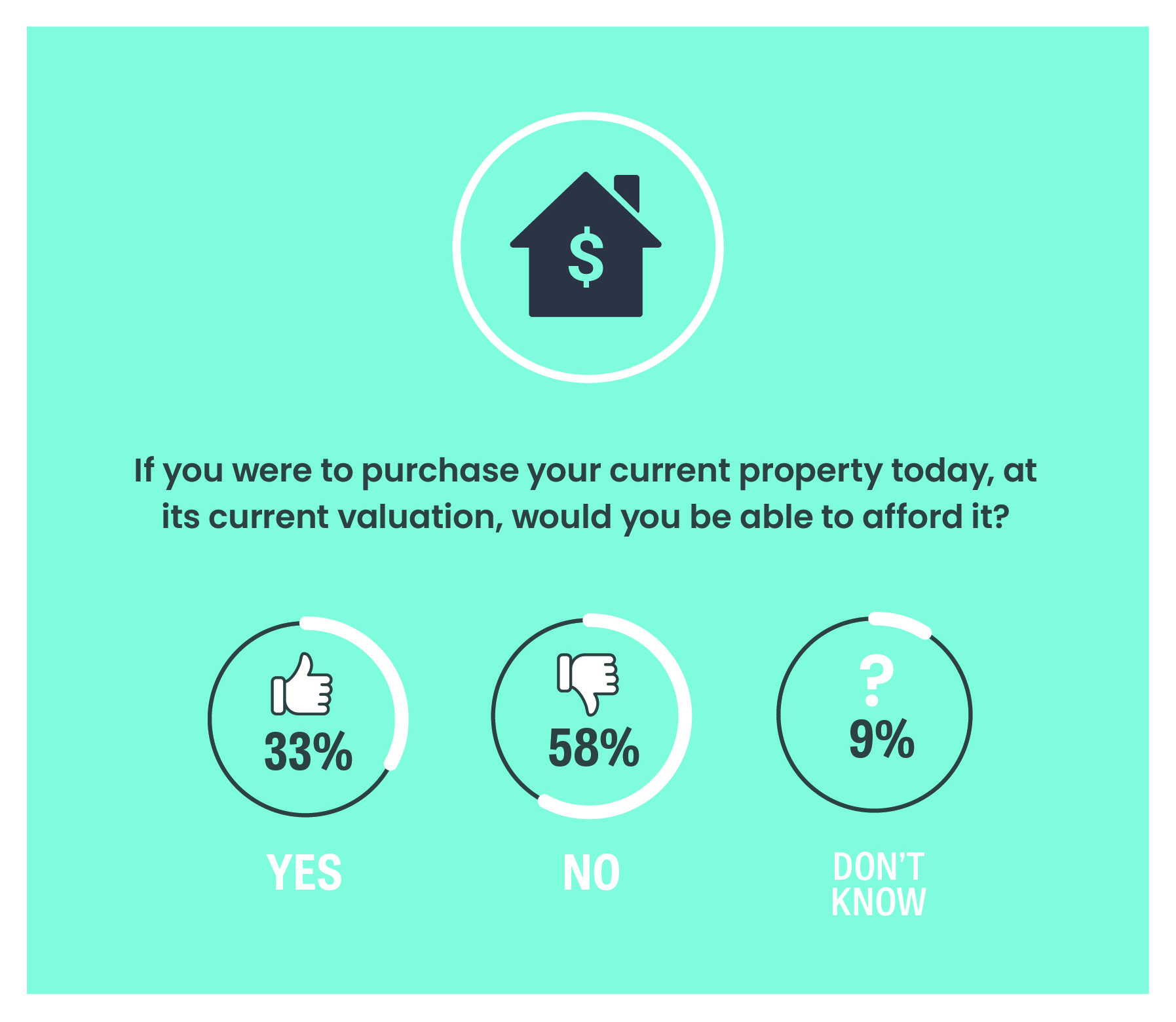 James, a registered electrician from Whangārei purchased his home for $450k in 2018. Since then, the property’s capital gains have outstripped both his and his partner’s combined annual salaries.

“We really lucked out getting into the housing market when we did. Between the two of us we had 30 years of combined KiwiSaver – and some savings on top of that. When we bought the house, it was a massive relief that we wouldn’t be beholden to a landlord. It’s offered us peace of mind. If we’d acted a few years later, our home purchase would not have been possible.”

The Sentiment Tracker also asked New Zealanders who didn’t own property how they felt about their chances of purchasing a property. Forty-two percent felt completely locked out of the market. Twenty percent said they’re saving for a deposit but can’t catch up. 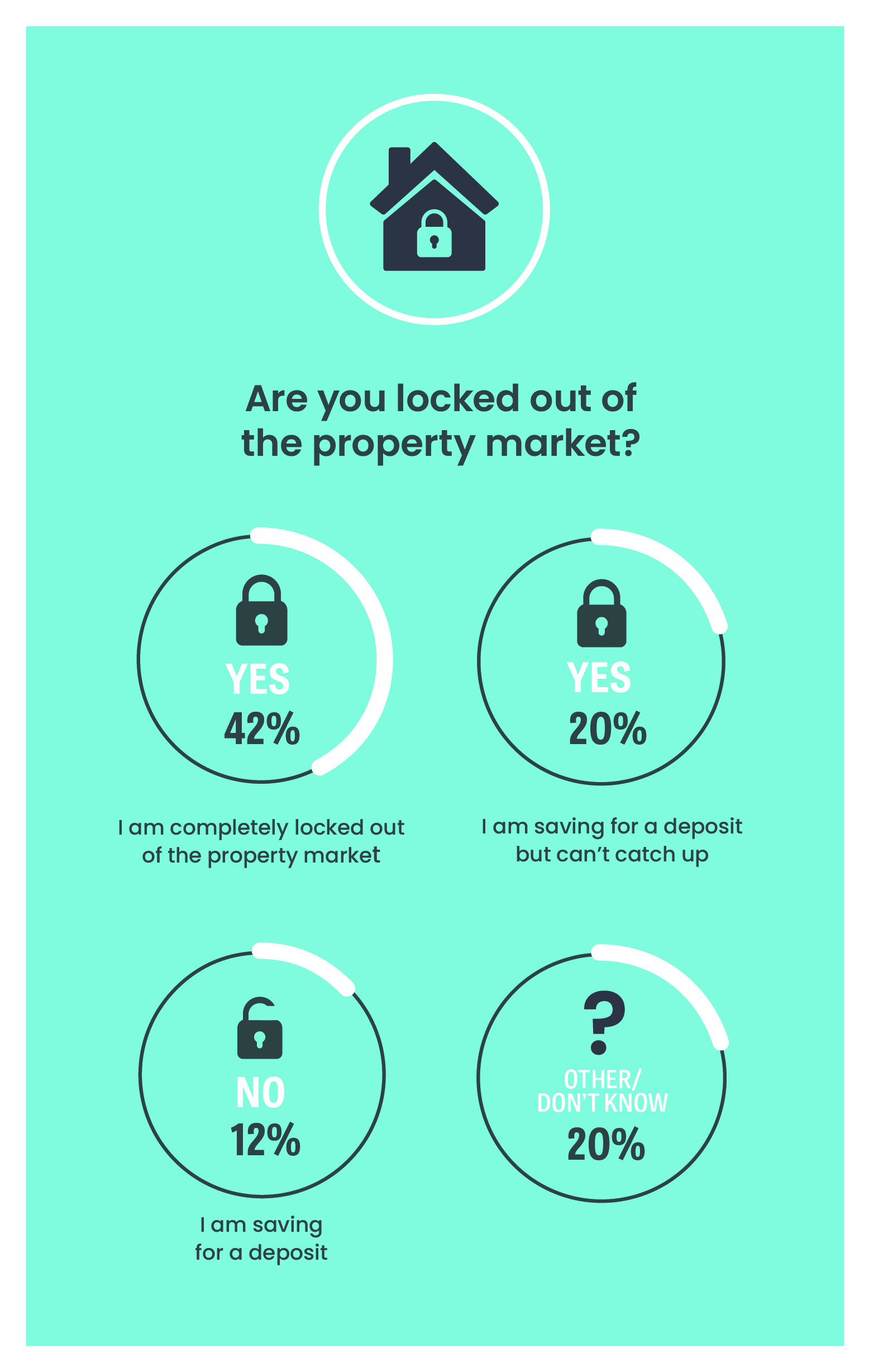 The Consumer NZ Sentiment Tracker is a nationally representative body of data that grows by more than 1000 respondents every three months. Tracking everything from environmental awareness and financial sentiment to general levels of trust for major industries – it looks to provide a holistic understanding of how New Zealanders feel about a range of issues.

David P.
This is a clumsily worded question.

We have long past high inflation and well into a pricing bubble. Its going to be very grim when the wheels fall off this sideshow.

Carrie M.
Inflation all round

I am not a property owner and are in my 50's but have owned properties in the past and rising house prices also mean an increased cost of insurance and yearly rates as well so I may never be able to own a property again as even if I could scrape up the bank payments the other associated costs of house ownership would bankrupt me!

IT IS MY OPPINION THAT THE POLITICIANS ARE TO BLAME FOR THE INFLATION WHEN THEY STARTED ALLOWING IMMIGRANTS TO ARRIVE WITHOUT HAVING THE INFRASTRUCTURE TO SUPPORT THIS MAMMOTH GROWTH, ALL FOR THE SAKE OF MONEY, WELL DONE!!!!!!!!!!!!!!!!!

Tineke B.
What about the next housing nightmare ?

When interest rates go up, as they inevitably will, what will happen to those young and recent purchasers?
I fear for them !

Ross M.
Not just a problem in NZ

Very low interest rates in recent years have uncoupled the connection between price of a house from the payments needed to pay off a house. That is, people can now afford to make the monthly payments to pay off a house, but cannot easily save enough for the deposit. This is not just something happening in New Zealand. I know of similar situations in Australia, Ireland and the UK.

How can "James" have 30 years of combined Kiwisaver between himself and his partner when Kiwisaver has only existed for 14 years as at 2021, and his house purchase was 3 years ago?

That's what I thought too. That fact is incorrect and needs correcting. Whoever did the research should have noticed that error.

"The KiwiSaver scheme, a New Zealand savings scheme, came into operation from Monday, 2 July 2007."
So if he and his partner joined on that date they each had 11 years maximum of savings in 2018.

See 8 more comments
This field should be left blank