Life doesn’t always go to plan, nor does air travel. But consumers stranded by flight delays and cancellations are getting a raw deal. 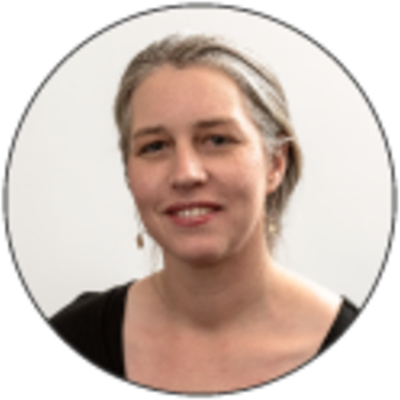 Life doesn’t always go to plan, nor does air travel. But consumers stranded by flight delays and cancellations are getting a raw deal.

When Julie Broughton booked a flight from Christchurch to Whangarei to be with her dying mother, she had no idea how long the journey would be.

She was catching a flight to Auckland, then another to Whangarei. Because of bad weather in another city, her flight out of Christchurch was delayed, which caused her – and 16 other passengers – to miss the connecting flight from Auckland to Whangarei. The stranded passengers were then put on a minibus, which got them to their destination four hours later than scheduled.

By the time she got to Whangarei, the rental car office had closed, so she couldn’t pick up her booked car and had to rearrange transport to get to her mum’s place. Then she had to head back to the airport the next day to get the car.

“The stress was horrific,” Julie said. “I was travelling to be with my mother who only had a few days to live. Air New Zealand offered no refund, partial or otherwise, no meal voucher and no apology for the inconvenience. They said they would credit my Airpoints account with 50 Airpoint dollars.”

Unfortunately for Julie, the airline had no obligation to do anything else. That’s because existing rules mean airlines have no responsibility to passengers if a delay or cancellation was out of the airlines’ control. In Julie’s case, this included the disruption to her travel caused by bad weather.

Your rights to compensation when air travel strikes trouble are set out in the Civil Aviation Act. However, the act hasn’t had a major overhaul for close to 30 years.

The act says if a delay or cancellation is within the airline’s control, a passenger is entitled to damages (compensation) of up to 10 times the cost of the ticket, or the actual costs associated with the delay, whichever is less.

Compare that with passengers’ rights in Europe where consumers are entitled to a refund as well as meals and refreshments, regardless of whether the airline or the weather was responsible for the hiccup. You’ll also get financial compensation where the airline’s responsible for a flight cancellation or delay.

There’s nothing stopping airlines keeping your money in the event of a cancellation due to events outside their control.

For example, if Julie had been travelling in France, Germany or Italy, she would have been entitled to assistance – including food and drink – from the airline. Had the delay ticked over 5 hours, she would’ve been in line for a refund. If it had been a staffing issue instead of weather, she also would have been able to claim $435 compensation.

Back here, the provisions of the act mean airlines are within their rights to cancel a service because of bad weather but keep the money you’ve paid for your ticket.

According to Jetstar, 210 of its 14,000 domestic flights have been cancelled so far this year. About 70 were cancelled for reasons beyond the airline’s control, meaning passengers weren’t entitled to compensation under the act. About 33 flights have been delayed for more than three hours for reasons beyond the airline’s control.

Air New Zealand didn’t respond to our questions on cancellations and delays, but its public on-time performance reports for the last year – which list on time and delayed flights – showed between 11 and 33% of flights each month were more than 15 minutes late.

Jetstar’s terms and conditions state the airline will “try to assist” passengers get to their destination if a flight’s delayed or cancelled due to circumstances beyond its control. In practice, the airline said it rebooks passengers when flights are cancelled due to bad weather. But if you can’t travel on the rebooked flight, it will only provide a credit.

Air New Zealand’s terms state it will rebook you or refund the ticket price if your flight’s grounded by bad weather or other factors beyond its control. But if you haven’t bought a flexi-fare, you can’t opt for a refund.

Instead, you’ll only get a 12-month credit of your fare. To use the credit, customers have to call Air New Zealand’s contact centre and pay a $30 admin fee. The company advised us it’s dropped the fee until it’s able to roll out a self-service option online.

As the law stands, the airlines are within their rights to offer a credit rather than a refund.

As aviation consultant Irene King points out, since the Civil Aviation Act was introduced in 1990 consumers have earned better protections through the Consumer Guarantees Act (CGA).


The CGA requires companies to carry out their services with reasonable care and skill. When they don’t measure up, you can cancel the contract and get your money back. While the CGA applies to airline services, the Civil Aviation Act limits what they have to provide.

“I’ve never felt myself that the two sit comfortably together ... I don’t think consumers intuitively go to the Civil Aviation Act to find out their rights, they just don’t know about it,” Ms King said.

At the moment there’s nothing stopping airlines keeping your money in the event of a cancellation due to events outside their control. “I think that’s fundamentally wrong.”

A review of the Civil Aviation Act is under way and a bill is currently being drafted, said Tom Forster, manager of international connections at the Ministry of Transport. There will be an opportunity for the public to make submissions before the bill becomes law.

The ministry doesn’t collect data on how many passengers may be out of pocket due to current rules and doesn’t know the scale of losses.

Sometimes your plans change, which means your travel plans need to change with it. Unfortunately, changing your flight arrangements usually comes at a cost.

On Air New Zealand domestic flights, to change the time or day of your flight you’re looking at $50 to change online (per person, per flight) for most fare types. If you need to talk to a real person, that’s $50 plus a $30 service fee, nearly the cost of a ticket for some cheap domestic flights.

Air New Zealand’s fees for changing details online for an international flight are between $100 and $200 (per person, per flight). There’s an extra $60 service fee for arranging changes through its call centre.

If you cancel your flight you could be left with nothing – no matter how much notice you’ve given or if the airline on-sells it: even if you’ve paid for a flexible fare you could still be stung with a cancellation fee of up to $200. The airline doesn’t allow you to transfer a ticket into someone else’s name.

Jetstar change fees are between $55 and $85, unless you booked a flexible fare.

You’ll also be facing a $50 fee if you want to claim back third-party taxes and levies that are pinned to the ticket. That means it won’t be worth it if the amount is less than the admin charge.

Ticking the insurance box when you book your flight seems a simple way to cover yourself if anything goes wrong on your travels.

But check the fine print and you may be left scratching your head as to what the cover provides.

Air NZ’s domestic trip travel insurance, the $20 bundled insurance you’re offered when you book a flight, covers you if you have to cancel your trip. It offers to pay the non-refundable costs of accomodation and transport up to $2000.

However, the policy has a comprehensive list of situations where you might have to cancel, but which aren’t covered. This includes changing your mind, a rescheduled appointment, work obligations, travel booked or undertaken after diagnosis of a terminal illness, failure to check in on time, anything related to a medical condition or pregnancy you were aware of that could give rise to a claim when you booked and mental health issues or stress.

Jetstar’s domestic policy ($10.95) covers non-refundable costs of a cancelled trip if it’s because of unforeseeable circumstances beyond your control.

But it also has a long list of exclusions, including pre-existing medical conditions, sporting or adventure activities, sexually transmitted diseases and driving while drunk.

Jetstar’s domestic policy covers damage to or loss of your luggage up to $750 per item. But you’re already protected by the Contract and Commercial Law Act, which provides cover for luggage up to $2000.

If you pay for a service but don’t receive it, the minimum you should be entitled to is your money back. But outdated laws mean passengers stranded by bad weather or other events outside the airlines’ control don’t have this protection.

The Civil Aviation Act is overdue for reform. We’d like to see the act include similar consumer protections to those EU consumers enjoy.