Which tertiary provider should you choose?

See how universities and polytechnics compare.

Students are told: “with the University of Auckland on [their] CV”, graduates can be confident they’ve received “a high standard of education”. Canterbury promises its “excellent educational foundation” will deliver the goods for an “amazing career”.

Until recently, there was little way of telling if the name of the national institution on a degree made any difference to graduates’ employment or salary. However, newly released data allows us to put these marketing claims to the test.

We compared the job and salary prospects of bachelor’s graduates from the eight universities. We also looked at prospects for level five-to-seven diploma and certificate holders from the 16 polytechnics.

Here’s our advice on selecting what and where to study:

Whether a degree, diploma or certificate, the New Zealand Qualifications Authority ranks all qualifications on a scale of one to 10, based on the depth of study required. Bachelor’s degrees sit at level seven and doctoral degrees top the scale.

The good news for all bachelor’s grads is their job prospects are bright. The year after picking up their degree, less than 5% of young graduates were looking for work – compared to a national average of just over 5% at the time. There was no significant variation in figures between universities.

Lincoln University graduates were less likely to choose this route – and the provider (which may merge with the University of Canterbury) had the highest rate of New Zealand-based employment five years after graduation. Lincoln’s agricultural focus might play a role here.

Finishing university with a bachelor’s degree isn’t a given. A third of all university students who began their studies in 2012 hadn’t graduated by 2017.

The different subjects taught at each university caused some of this variation (see “Art v science?”). For example, only the University of Auckland and University of Otago train medical students, who earned a median salary of $93,000 the year after graduation.

Finishing university with a bachelor’s degree isn’t a given. A third of all university students who began their studies in 2012 hadn’t graduated by 2017.

At Massey University, less than half of that year’s class of students completed their degree. The university said its high proportion of distance students – 14,000 out of 30,000 – contributed towards this comparatively low figure.

A university spokesperson said its students “tended to be older, with more than half over 25 years in age, and some were very part time, in the sense they might take only one paper a semester”.

Massey also had a lower re-enrolment rate than other universities, with only seven in 10 students signing up for the next year alongside their classmates. Its course completion rate of 81% was the lowest of the eight universities.

Massey students pass their courses and complete their qualifications at similar rates to other universities “once the unique characteristics of Massey’s student body are taken into account”, the spokesperson said.

The University of Otago’s degree-level course completion rate was the highest (89%). It also had the highest graduation rate. Of the class of 2012, seven in 10 students had been capped within six years.

However, choosing to study at an institution with high completion rates doesn’t necessarily mean you’ll get a better-quality education. Higher rates could signal its qualifications are easier to pass, so it’s best to contrast these figures with employment-outcome data when deciding where to study.

Depending on their subject of interest, tertiary students might graduate with a diploma or certificate from one of the country’s 16 polytechnics.

These institutions are on track to becoming a single provider, the New Zealand Institute of Skills and Technology, under a government proposal announced earlier this year.

Education Minister Chris Hipkins said the “model is fundamentally broken and isn’t delivering our workforce the skills that they need to thrive”. With such doom and gloom, do current and former polytech students need to worry?

The data suggested young students holding level five-to-seven diplomas and certificates have good prospects: on average, unemployment was less than 5% (lower than the national rate) the year after graduating.

However, five years after finishing their studies, this rate was slightly higher for graduates at NorthTec and Whitireia, though both Whangarei and Porirua where the institutes were based had higher unemployment than the rest of the country.

Diploma and certificate grads were just as likely to continue their studies as to start working – across all polytechs, about 40% chose further education. In contrast, more than half of all Ara Institute of Canterbury, Open Polytechnic, Otago Polytechnic and Universal College of Learning students began work within 12 months.

Grads with level five-to-seven diplomas or certificates had lower salaries than those with bachelor’s degrees. A year after graduating, the median salary ($31,000) across all providers was $9000 less than degree-holders. By year five, the gap was $13,000.

Salaries five years after graduation ranged from NorthTec’s median of $37,000 to $51,000 for Western Institute of Technology (WITT) students. The mix of subjects is again likely to be a factor, with WITT offering a specialist energy, oil and gas qualification.

Data for level four-to-seven qualifications showed polytech students were more likely to drop out without earning a qualification than those studying towards a uni degree. In 2017, 58% had received their diploma or certificate within four years of enrolling.

Open Polytechnic chief executive Dr Caroline Seelig said the majority of its students are “adult learners” studying part-time on top of their regular job. “Distance learners are typically coping with much higher and more varied demands on their time and energy, and these factors can impact on their study,” she said.

To find the role studying different subjects played in future salary prospects, we compared median salaries for Bachelor of Arts (society and culture subjects) and Bachelor of Science (natural and physical) graduates for all eight universities.

If your child’s dead-set on an arts degree, while you’re encouraging a more “useful” qualification, these results may reassure you: median salaries show the prospects of arts degree-holders won’t take a nose dive.

Five years after completing their studies, arts graduates earned a median of $54,000 and science graduates $56,000. However, median figures for Otago and Victoria showed arts grads had a slight edge, earning $1000 more than the institutions’ science degree-holders.

Overall, arts students had a higher employment rate, as their science counterparts were more likely to return to uni for post-grad study, such as a master’s degree. 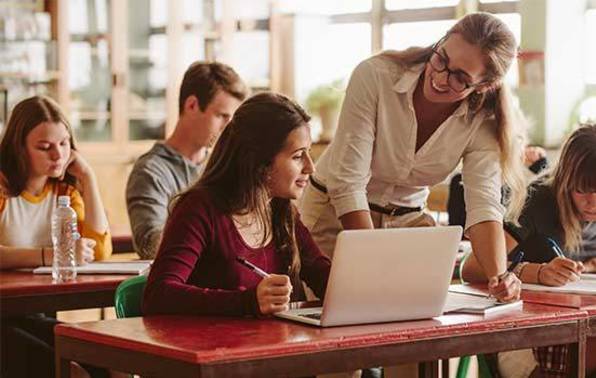 Whether you're choosing a childcare centre or deciding which university to attend, our guides and research will help you make an informed choice.