Tablet or powder? See which type tops our test.

Don't waste your money on a dud detergent. Find out which were best for removing six common stains, including red wine and baked-on cheese.

There are two main types of dishwasher detergents – tablets and powders. Some manufacturers also make capsules or pods, which are a liquid variation of the tablet.

Our testing has consistently found tablets and capsules perform better than powders.

May not be usable in some dishwashers

Can be messy adding to dispenser

Over and under dosing is easy

Rinse aid is an additive that helps water spread evenly over the surface of your dishes, making droplets less likely to form and leave spots, and hastening drying. Almost all tablets claim to contain rinse aid. Powders often don’t have rinse aid as it needs to be released at a certain point in the wash.

A popular substitute for rinse aid is white vinegar, but we don’t recommend using this as it can cause damage to the rubber seals and gaskets in your dishwasher, costing you in repairs in the long run.

Some products claim to be safe for septic tanks, but we’ve found that they often don’t expand on this claim, such as quoting a testing standard. As septic tank designs can differ quite a bit and using the wrong product can have costly consequences, you should always consult your tank’s manual or manufacturer before using a new dishwasher detergent.

Dishwashers do a tough job and, while most look nice and clean after a wash, grease and limescale can build up in hard-to-see parts such as filters, spray arms, pipes, water pump and drains. While a dishwasher cleaning product can help keep your dishwasher sparkling, your regular use and an empty hot wash can work just as well and won’t cost anything but your time. See our tips on cleaning and maintaining your dishwasher.

Always keep your dishwasher detergent well out of reach of children and keep the packaging so you can quickly identify the product. Medical advice is available 24/7 from the National Poisons Centre (0800 POISON). If someone ingests a detergent, call an ambulance.

To make sure your kids stay safe: 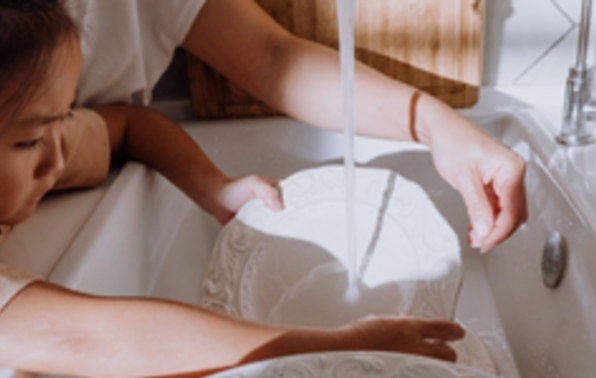 Dishwasher detergents can cause chemical burns if eaten or left on the skin, or if they get into your eyes.

For more information on how to keep your household safe from corrosive and poisonous products, see our dishwasher detergent safety article.

Buying detergent in larger packs often reduces the cost per wash. However, as they’re likely to be stored for longer, this increases the chances of moisture in the air causing tablets stick together and powder to clump.

To help avoid this, keep your detergent in an airtight container, unless the manufacturer’s packaging can be sealed completely. Keep the original packaging, as this can help with identification if someone ingests it or the product’s recalled.

Phosphates promote algal growth in waterways, which chokes the natural vegetation. They are no longer necessary in dishwasher detergents.

Dishwasher detergents now rely on enzymes and surfactants. Our testing shows this doesn’t affect a detergents ability to clean. As phosphates have stopped being used, a claim of being “Phosphate free” risks misleading consumers as it touts a benefit that isn’t relevant anymore.

Parallel imported detergents are genuine (in other words, non-counterfeit) products brought into the country by a store or distributor without the manufacturer’s permission. For example, Reckitt Benckiser New Zealand owns the Finish brand and supplies most stores, such as supermarkets, with formulas it considers relevant for the New Zealand market. However, some companies import Finish products from other regions in the world.

Parallel imported products can often be identified by languages other than English on the packaging and a safety and ingredients sticker with local information such as the importer name and National Poisons Centre information.

Often a parallel imported product will have an almost identical name to ones provided by the local distributor, but they likely have different formulations meaning they’ll perform differently.

We've tested 24 dishwasher detergents.
Find the right one for you. 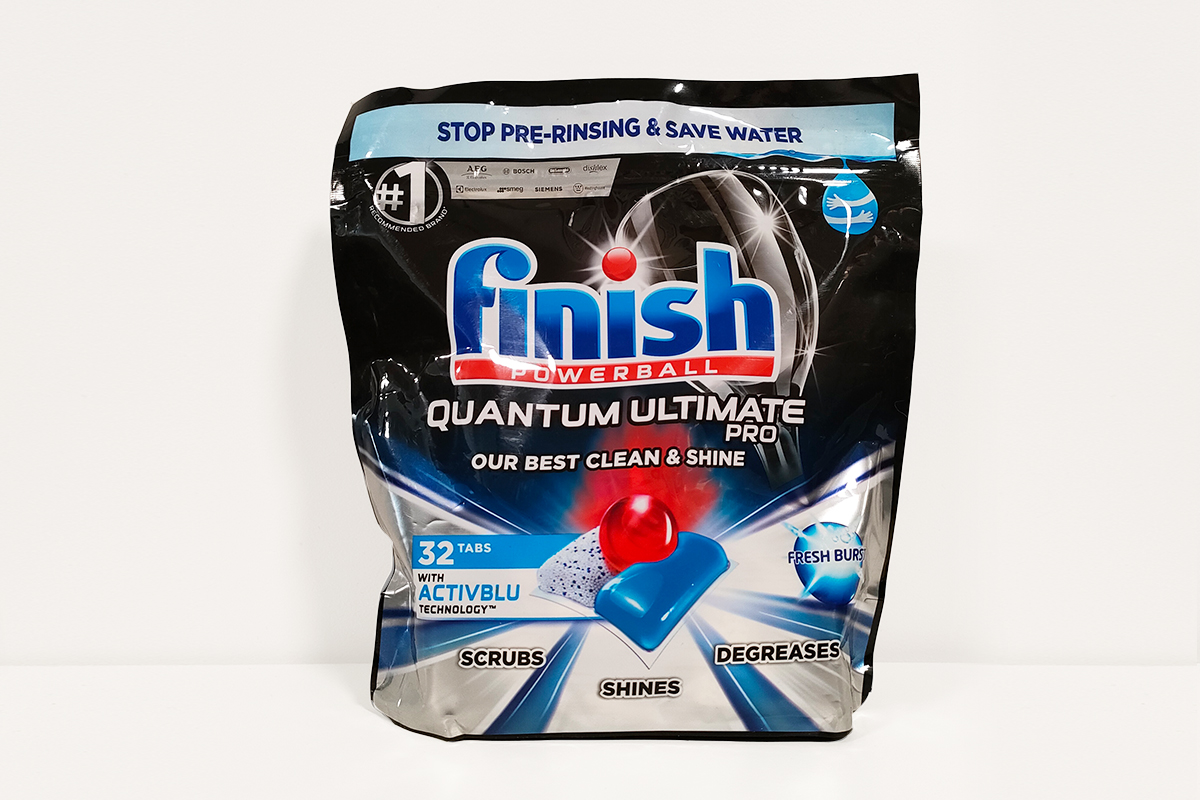 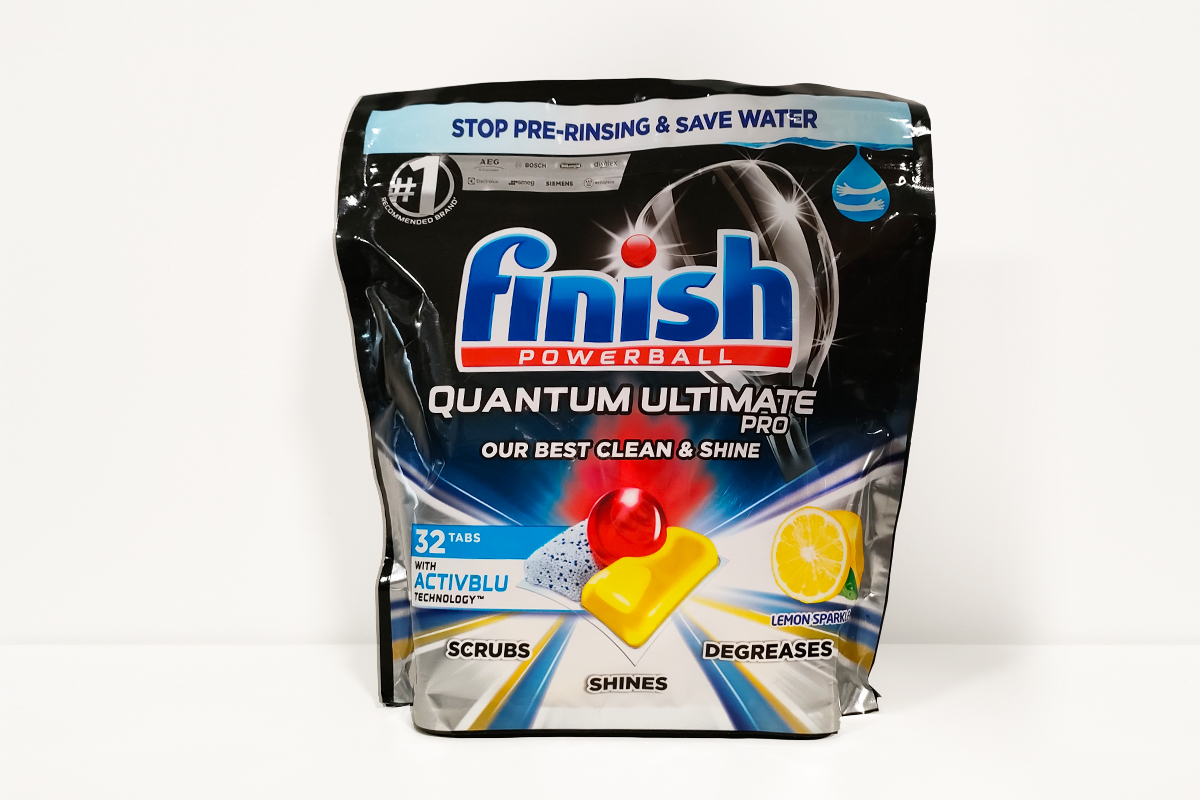 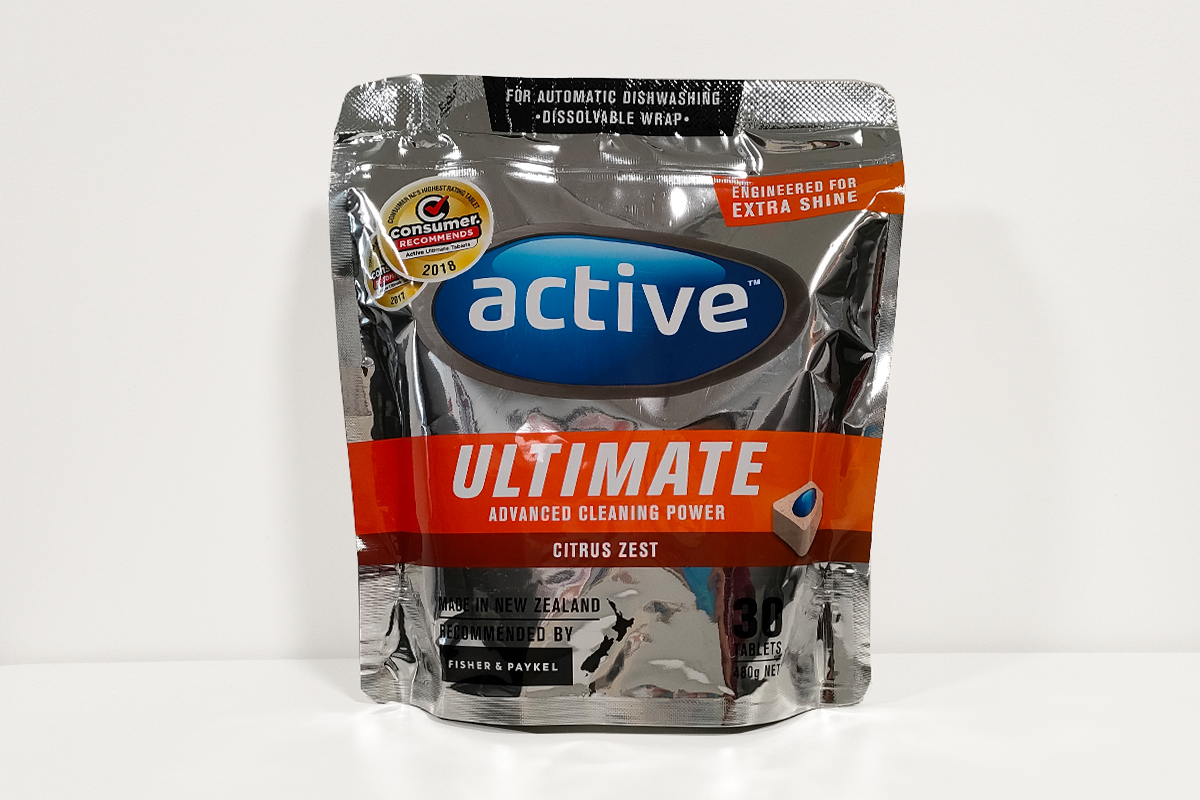