We put slow cookers and multi-cookers through their paces.

The faster your life, the better a slow cooker looks.

Slow cookers are useful for busy people: you fill the bowl with ingredients, switch it on and leave it to do its thing. We’ve tested a range of models, including some multi-cookers which can also pressure cook.

Find a slow cooker and multi-cooker

Consider these features when you're choosing a slow cooker.

Here's what the settings on a slow cooker are used for.

Fast cook, slow cook, sear and steam. Versatile multi-cookers do it all.

In our test kitchen to be classified as a multi-cooker, a product must be able to pressure cook as well as slow cook. The pressure-cooking function uses pressure to tenderise the meat so you’ll get a dish that’s usually slow-cooked done double quick. They also double-up as a rice cooker.

Tips for using your multi-cooker

Slow cookers cook food at a low enough temperature to be left unattended for hours. But the food must reach a core temperature of at least 60°C to kill harmful bacteria.

All the cookers will produce food that's safe to eat – provided you follow both the cooker's instructions and standard food-safety practices.

To cook food slowly and safely:

The exteriors of slow cookers get hot enough to burn if you touch them while they’re cooking – we've measured temperatures of up to 80°C on the “high” setting.

We'd like to see slow cookers better insulated. Not only will this reduce the “burn” risk; it’ll also lower a cooker’s energy consumption. 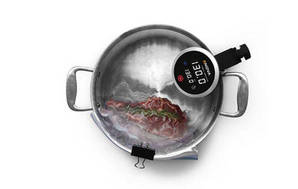 Once you’ve tried sous vide food, you may never want to cook another way again. Seen on the likes of MasterChef, the "sous vide" method is like giving your food a time- and temperature-controlled spa bath. Anova's Precision Cooker is an easy way for you to do this at home. 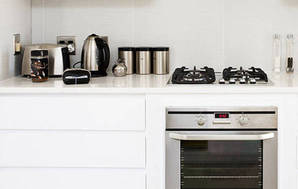 Check out more of our tests, articles, news and surveys in our Appliances section.