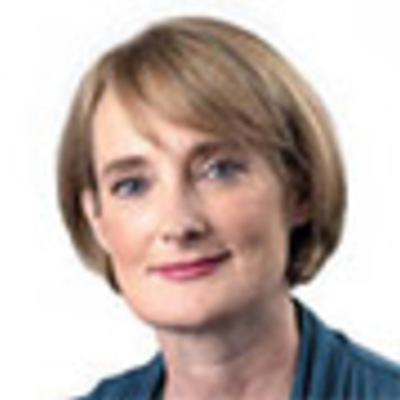 When I saw Curtain Magic’s claim of “mould-free curtains in just 15 minutes” I was sceptical, but if “30,000-plus Kiwis” use it, it must be good. Right? To find out if Curtain Magic’s products were the real deal or simply hocus pocus, I ordered its $79.95 sampler pack* and put the cleaners to work.

Along with the curtain cleaner, there were products for tackling mould on ceilings/walls and silicone/grout, plus cleaners for blitzing soap scum and filthy ovens. Our trial pitted them against similar products found in supermarkets, as well as good old baking soda and vinegar.

Grungy curtains make my skin crawl, so it was good to see Curtain Magic did make the visible mould “vanish” – and the fabric’s original colour came up nicely.

Curtain Magic’s active ingredient is sodium hypochlorite (that’s “bleach” to you and me). No surprises then that with undiluted household bleach, mould disappeared in the blink of an eye, though it stripped colour from the cream lining.

Despite the same core ingredient, the price disparity was huge. “Ordinary” bleach costs just a few dollars a litre, but Curtain Magic sells for $27! Bleach isn’t a cure-all for mould. If the problem’s superficial, you might get away with spraying the affected area with bleach, then wiping it down, but if it’s ingrained, you probably need to call in the professionals. And just because you can’t see any mould, it doesn’t mean it’s no longer a problem as dead mould can cause an allergic reaction. This means you should clean treated areas thoroughly to ensure no residue remains.

As for plain old vinegar? I soaked the curtain with it, let it dry, then wiped it down. It made no difference.

It wasn’t hard finding a damp house with mouldy ceilings in Wellington.

As with the curtain cleaner, Curtain Magic Ceiling & Walls’ active ingredient is sodium hypochlorite. It performed no better than 30 Seconds Indoor Mould Remover, also a bleach-based product. Neither resolved the issue, with mouldy patches still visible.

Unfortunately, the “magic” was missing.

Silicone and grout are tough customers; it usually requires several tries to rid them of stubborn mould.

But Curtain Magic says its Silicone and Grout Mould Remover will sort out the problem with “no scrubbing” – just rinse. Initially, it didn’t make much of an impression. Nor did Selleys Rapid Mould Killer, which costs far less. But both carried on working overnight and, a few days later, the affected areas didn’t look as bad. However, neither eradicated the mould.

Indeed, all it took was a spray or two of Soap Scum Magic, a short wait, and some gentle scrubbing. It did what it said it would. But, with a little more effort, so did a budget-friendly baking soda and vinegar paste. I hate housework so Soap Scum Magic appeals, but, at $26 a litre, you’re paying a premium.

Cleaning an oven is grunt work and the chemicals are often corrosive, so you must take care to avoid damaging surfaces and irritating your skin, eyes and lungs.

Curtain Magic’s Oven Magic demo video shows a hand – sans glove – wiping grime from an oven door without breaking a sweat: no scrubbing, no scouring, no coughing, no spluttering.

Our stove was coated in grease, so it wasn’t surprising bicarb-and-vinegar fizzled out to nothing. As for Oven Magic? It barely made a dent. After repeated applications and hard yakka I eventually saw a glimmer of metal. The video had suggested it would be a piece of cake, but our oven still looked like a dog’s breakfast.

You might be tempted by Curtain Magic’s “SUPER LOW toxicity” statement. We think this claim shouldn’t be used as three of its products contain sodium hypochlorite – a hazardous substance that needs to be used and stored carefully. Curtain Magic’s curtain cleaner contains “+/- 1%” sodium hypochlorite, whereas our household bleach had about 3%. Curtain Magic says it’s the concentration that’s crucial, but “super low toxicity” doesn't mean it's non-toxic. Would you drink something that was “just a little bit poisonous”?

We’re also concerned about Curtain Magic’s disclaimer. The labels state “… no condition or warranty is given & none shall be implied as to [the product’s] suitability & effectiveness for any particular purpose. The seller accepts no responsibility for any consequences whatsoever from the use of the product.” Under the Consumer Guarantees Act, goods must be fit for purpose. Traders can’t say their products are good for a specific job, then disclaim any liability for performance.

We’ve asked Curtain Magic to remove the disclaimer but it’s yet to advise whether it will do so.

Many professional “mould remediators” don’t recommend household bleach, but we included it in our trial as lots of people do use it.

Bleach loses potency the longer it sits on the shelf. Even when “fresh”, it only kills superficial mould as it can’t breach the surface of certain materials. And if the root system survives, the mould will regenerate.

Some products use surfactants (detergents, for example) to aid the cleaning process. But don’t add water as you’ll aggravate the mould problem if the extra liquid doesn’t evaporate quickly.

In the same vein, the Energy Efficiency and Conservation Authority cautions that while vinegar may work, it does not kill all types of mould, and any residue may actually encourage mould growth.