What you need to know about making a house and contents insurance claim.

What you need to know about making a house and contents insurance claim.

Before you make a claim, read your policy and gather your facts - in writing if possible.

You should keep written records of all conversations including names, dates, times, and details of what was agreed.

The code applies to all insurance policies bought directly from companies belonging to the Insurance Council, or through a broker or agent. This sets out member companies' responsibilities to you and how to complain if companies don't carry out their responsibilities.

If you want to make a successful claim, you need to avoid the following traps.

It may be tempting ... but little white lies can result in a claim being declined. The company may appoint an investigator if some of the information it receives doesn't add up or if an investigation is automatic for the claim type.

The Insurance Council estimates that more than 15 percent of claims "probably have an element of fraud associated with them".

It's fraud, says the Insurance Council, if a claim is based on:

The Council has an insurance fraud hotline (0508 372 835) for the public to report anyone who they know is stealing from their insurer. Insurance fraud adds an estimated $120 to each premium ($150 million in total) for house, contents and vehicle insurance.

Tip: Insurers can check the history of claimants with the Insurance Council's Insurance Claims Register. The register holds details of name, address, date of birth, and any previous insurance and claims.

“Malicious damage, vandalism or theft by anyone living in your home” is excluded from most house and contents policies. So usually is theft by people lawfully on the premises. Builders, friends, family, party guests and anyone else you invite on to your property – even a door-to-door salesman – are there legally.

Tip: Always keep valuables out of sight and preferably locked away.

Some jewellery may have great sentimental value. When it's lost you may not want a replacement, just cash. But that's not how contents policies work: the insurance company has the right to have the jewellery remade. See our Jewellery insurance article for more information.

Tip: Colour photographs, valuations, original receipts and detailed descriptions of the metals and gems makes it much easier to get a fair settlement.

Many claims for lost mobile phones are declined because phones were left “unattended”. Insurers expect you to take “reasonable precautions” to avoid theft, and limit their liability if you don’t. Their view is that you should take reasonable care of your property rather than rely on insurance cover.

Tip: The word “unattended” is subjective. Argue the case if your claim is declined.

Goods stored or in transit

These aren't necessarily covered by your contents insurance policy.

Tip: Check before moving if your goods are covered to their full value by the mover or by your house and contents policy. If they're not, take out separate removal cover.

Working from home may mean the cover for your personal equipment under your home contents cover is limited because you're using it for "business purposes". "Business" doesn't just mean self-employment. It means any working from home even if you're not being directly paid for it.

Tip: Other tools of trade such as builders' equipment may not be covered by your home contents policy - especially if they belong to your business.

Even if a house is destroyed by another cause, the insurer won’t pay for reinstating any building work done without a consent or for getting new consents.

Many people also get caught by policy exclusions for “fixing any fault, defect, error or omission in design or specification”. An insurer declined a claim for a failed retaining wall because the wall had been incorrectly constructed.

Tip: Check with your local council before you get building work done. There’s often confusion about what needs (or doesn’t need) a building consent.

The Insurance & Savings Ombudsman gets cases every year where homeowners have invalidated their house insurance because they were getting work done on the property. Always take out contract-works insurance for building projects or get it as an extension to your house policy. Insurers say there’s additional risk from a building project – and we agree.

Tip: You may not need contract-works cover. But it’s best to find out by asking your insurer.

Get it in writing

Many claims are declined by insurers for non-disclosure of material information even though the homeowner swears they’ve disclosed X, Y or Z to the company. That’s because there may be no written record. Sometimes the insurer cancels the policy once it knows more about the risk.

Tip: Make sure you read the policy and any information from the insurer about what was said when the policy was arranged. Also email to your insurer your notes from conversations, to be kept on file.

These may need to meet specific requirements to get house insurance. For example, Westpac told us that houses built before 1910 needed to be re-lined, re-roofed, re-plumbed and re-wired to receive full cover without any additional conditions.

Prevention is better than payout

Perhaps the best way to avoid being turned down for a claim is make sure you don't have to make one in the first place. One of the best preventive measures you can take is to keep your house well maintained.

Deterioration: Consumers are often shocked to find they are not usually covered for rotten walls, floors or cupboards. This type of damage, which occurs gradually, is limited or excluded from policies. Yet it is one of the biggest causes of house and contents claims.

Burglary: Despite its prominence in the media, burglary isn't the main cause of loss - although you're likely to suffer a greater loss from burglary. To reduce the risk, record the serial numbers of your possessions and photograph your valuable items.

Burglars are deterred when there are stickers on the house saying serial numbers have been recorded. You can find out about this from the Insurance Council's website, including a downloadable serial-number recording form. Serial numbers and photos make claims processing much easier.

What if you're turned down?

Complain. It may be that your insurer has misinterpreted the facts. What's more, if there's a grey area then a complaint might just push your insurance company to pay out.

One term well worth knowing is: "ex-gratia". It means "out of the goodness of my heart". When the insurance company makes an ex-gratia payment, it pays out but doesn't accept legal liability for the claim. These are cases where it's probably cheaper for the insurance company to pay a bothersome client than to fight the case through the courts.

Unless you can resolve the dispute easily, you'll need to send a formal complaint to the insurance company. A form for this can be downloaded from the Insurance Ombudsman's website. We've also created a selection of template insurance letters that might help you get your dispute resolved. 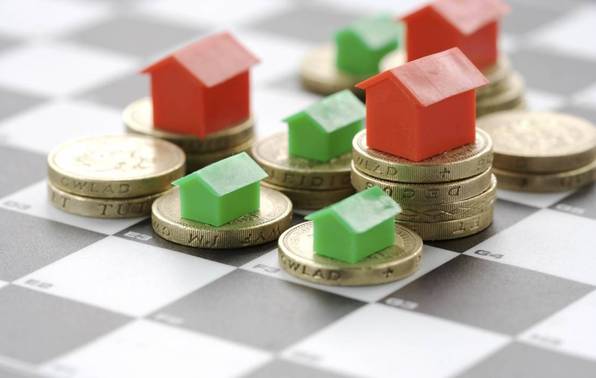 Find out more about the types of house and contents insurance, excesses, levies, and compare policy details.