We compare prices offered by 5 accredited suppliers, plus look at complaints about sales tactics. 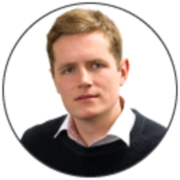 Eugene de Jager says his mother didn’t want a medical alarm but she was sold one anyway. Despite the Do Not Knock sticker on her door, an ADT Security rep arrived at her home and signed her up for the company’s NevaAlone alarm.

When he discovered what had happened, Eugene contacted ADT to cancel the contract. The company apologised but took nearly a week to confirm the cancellation.

ADT is 1 of 5 medical alarm companies on the Ministry of Social Development’s accredited supplier list. Companies must be on the list if they’re providing medical alarms to people using a disability allowance to pay for the alarm service. The majority of medical alarms are funded through the allowance.

Accredited companies must comply with a code of conduct that sets required service standards. Among other things, the code says they’re not allowed to doorknock or cold-call potential customers without the ministry’s permission. The ministry says it hasn’t given any alarm supplier approval to doorknock.

ADT said it approached Eugene’s mother after getting her name from a neighbour who suggested she might be interested in an alarm. But this type of selling – arriving at someone’s home without arrangement – isn’t permitted by the code. We’ve asked the ministry to review ADT’s accreditation.

Medical alarms are promoted as peace of mind. You can get help at the press of a button when you need it. However, complaints about sales tactics and rising costs have previously spurred efforts to improve standards in the industry.

Six years ago, there were more than 40 accredited companies competing for customers. Now there are just 5.

As a condition of accreditation, companies are required to provide their services at a reasonable cost – between $13 and $15 a week.

Both St John and Red Wolf offer a 30-day trial with their alarms. ADT and Freedom provide 7 days. These trial periods can be useful if you aren’t sure whether a medical alarm is right for you.

After the trial, you can cancel your agreement at any time but you’ll have to give 30 days’ notice. This is the maximum notice period accredited suppliers are allowed to set in their contracts.

VitalCall declined to give details of its notice period or its other terms and conditions. The company also didn’t provide prices for its service. There’s no good reason for this information to be withheld. If a company won’t provide contract details upfront, our advice is not to use its services.

All accredited alarm suppliers must be a member of an industry body that has a complaints process. The 5 companies we’ve looked at are all members of Telecare Services Association New Zealand (TSANZ).

If you’re unhappy with your alarm provider’s service, you can complain to TSANZ. The association says it gets few complaints but the most recent related to “inappropriate sales techniques”.

If you’re cold-called by a provider, we recommend contacting the Ministry of Social Development. Let us know too.

As well as complying with the ministry’s code, companies are required to provide services with reasonable care and skill under the Consumer Guarantees Act (CGA).

You can also rely on the CGA if you’re paying for a medical alarm supplied by a company that’s not on the ministry’s list. If the service isn’t up to the standard promised, you have grounds to cancel the contract and claim a refund.

GUIDE TO THE TABLE OUR DATA were sourced from medical alarm providers in December 2017. Prices are per fortnight. NS = information not supplied by the company.

Most medical alarms are funded through the disability allowance at an annual cost of $38 million.

You can get a disability allowance to pay for a medical alarm if it’s:

Your doctor also has to provide a certificate confirming the alarm is needed.

Most medical alarms operate on a base and pendant model. You have a base unit – wired into a copper network phone line or connected to a mobile network – and a pendant that can be worn as a wrist band or necklace.

To activate the alarm, you press a button on the pendant, which then prompts the base unit to alert the monitoring service. The maximum range of the pendant from the base unit is usually 100m to 350m, large enough for most homes and gardens.

The provider will then try to contact you. If you don’t respond, it will send an ambulance to your location immediately. St John and Freedom operate their own ambulance call-out systems. Other providers dial 111 for you.

Fed up with door-to-door sales reps? Get one of our Do Not Knock stickers to put on our letterbox or front door to warn these traders not to call. Email us at donotknock@consumer.org.nz.

If a salesperson ignores your sticker, you can warn them they’re trespassing and that you’ll call the police if they don’t leave. We’d also like to hear from you if sales reps are ignoring the sticker.

We get regular complaints about the hard-sell sales tactics these traders use. Many cases involve elderly or vulnerable consumers, pressured to sign up for products they don’t want. Existing laws aren’t deterring these traders. So we’re giving consumers a way to fight back.

the point about base and pendant is that these only assist around your residence -- others, as provided by Red Wolf, operate like a cellphone and work anywhere there is coverage - in their case vodafone - much safer.

the point is how effective is the monitoring? thats the test.

I would like info, not just price, but how environmental the products are and whether ethically producted. eg biodegradable, able to upgrade/get part, last for years guaranteed, no slave labour, no plastic . ie eco info

I have regularly had phone calls trying to sell a medical alarm ... didn't know this is against their conditions for accreditation. Good to know!