Opinion: The problem with product recalls

When less than 50% of recalled products typically get returned, it's time we rethink how product recalls work. 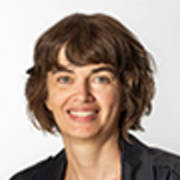 Already this year, close to 80 household products have been recalled because of the safety risk they present to consumers. That’s about three recalls every week.

Among the items is a toaster sold at Kmart that could give you a severe electric shock, a KitchenAid kettle with a handle that could fall off and a Warehouse baby bouncer with a faulty harness that could result in the precious cargo tumbling to the floor.

Recalls typically result in fewer than half of affected products being returned, leaving plenty of dud toasters and dodgy kettles still in circulation.

The problem isn’t helped by our recall rules and leisurely approach to market monitoring. Both need fixing.

There’s an expectation for companies to publicise product recalls, but existing rules stop short of prescribing how it’s done. The usual course of events is a short burst of publicity by the company when a recall’s issued, but little follow-up after that. No surprises then that many recalls don’t result in high return rates.

Recall rules need to be strengthened to require companies to publicly report on return rates. If a company isn’t getting the job done, the regulator needs to step in and direct the business to up its efforts – or face prosecution.

Regulators also need to be out in the field, monitoring markets to identify unsafe goods and get them off the shelves.

Our own testing routinely finds products that shouldn’t be on the market – from cosmetics with banned ingredients to dishwasher powders that have unsafe levels of caustic chemicals.

However, little of this kind of testing is done by regulators. That has to change to give consumers confidence our product safety system is working as intended.

For many common household products, the responsibility rests with the Ministry of Business, Innovation and Employment. It has powers to investigate suspect goods and stop them being sold. We reckon it needs to make more use of them.

The other major gap that needs fixing is the lack of product safety standards. Companies have an obligation to ensure the goods they sell are safe, but there are few mandatory standards setting safety requirements for consumer goods.

Mandatory standards not only make the rules clear and reduce the risk of unsafe goods being sold, they also make it easier for companies to be fined if their products don’t measure up.

In several areas, our rules are already lagging behind other countries we like to compare ourselves with.

Take the worrying example of toxic metals in kids’ toys – yes, our tests have uncovered these products too. We’ve banned toys being sold with dangerous levels of lead. But, unlike Australia, we don’t have rules to control the presence of other hazardous metals such as antimony and chromium.

Consumers should be able to expect the products they buy are safe, whether they get them from Kmart, The Warehouse or any other trader. They also reasonably expect there’s someone checking to make sure that’s the case.

When that doesn’t happen and an unsafe product ends up being recalled? It may be small comfort, but you can at least rely on your rights under the Consumer Guarantees Act to get your money back.

Under the act, you’re entitled to return the item to the store you bought it from and request a refund. You don’t have to settle for the remedy the manufacturer may be offering.

The act also gives you the right to hold the retailer liable for any damage caused by an unsafe product. That means if your faulty toaster or heater resulted in damage to your home, the retailer has to put things right.

Takata airbag recall: What you need to know

The damage a button battery can do