Find the right e-bike to get you zooming from A to B.

Our riding tests can tell you how good an e-bike is on the road, and our buying advice will help you choose the perfect one for you.

Just like normal, unpowered bikes, e-bikes come in various shapes and sizes, each better suited to different sorts of riding and riders. However, bikes are versatile; most perform fine in most situations. Broadly, e-bikes can be split into these categories:

Some things to consider:

Will you ride short hops into the CBD, or take longer journeys?
For short hops, an upright bike with just a few gears or a small-wheeled bike that’s highly manoeuvrable in tight spaces should suit. With longer journeys, you’ll benefit from something more streamlined and easier to pedal.

Will your regular rides be mostly flat or rather hilly?
If it’s hilly, you need a bike that’s efficient to pedal up and stable to ride back down, with good disc brakes.

Will you use it on off-road trails?
Most good bikes of any style will handle a rail trail or unsealed back road, but to make your journey more pleasant, choose a bike that has balanced handling, decent suspension and wide tyres with good tread. For more extreme off-road riding, a mountain bike would be the best choice.

Do you need to carry work bags, groceries or even children?
You’ll need a good rear rack at least. If you plan to carry big loads or kids, you’ll probably be better off with a cargo bike. A low or step-through frame makes a loaded bike easier to climb on and off and will be an essential feature for some riders.

The style of bike you prefer is a personal decision. All our testers thought, regardless of style, a bike with a balanced riding position (not too racy, but not too upright) was ideal. Those bikes did everything well – they’re as comfortable riding to the dairy as they are commuting longer distances or tackling a weekend adventure. If you choose a more upright, city-style bike, look for one that’s comfortable to pedal without power, has confident slow-speed steering and is stable at 25km/h (with power-assist you will be riding this fast).

2. Getting the right motor system

We recommend a mid-drive e-bike. Driving through the gears makes the most of its power and torque – meaning more assistance climbing hills and at high speed. They mount low and central, so mid- drive e-bikes have even weight distribution. The only reason we think you should choose a rear hub drive is cost (they are cheaper, although the price gap is narrowing). However, we found mid-drive motors noisier than hub drives, making an obvious “whirr” and causing a “clunk” on downshifts. The extra load they put through the gears can result in more drivetrain wear and tear.

Maximum assist-speed is the speed at which the motor stops helping you pedal. We found it can be a rough transition from motor-assisted pedalling to human-power only. Many European bikes can only assist up to 25km/h. The higher assist-speed of 32km/h on some e-bikes made a difference – our testers found 25km/h to 30km/h was the sweet spot for speed vs comfort. If you have a long, flat commute, it could pay to choose a bike that assists to 40km/h or more.

There are 2 parts to the drive system interface – the display screen and the controller:

An e-bike battery is usually mounted inside the main frame on the “down tube” or on a rear rack, underneath the loading platform. Batteries are heavy, so, ideally, they’re mounted low down. Some step-through bikes have batteries mounted in the rear rack. This can make the bike feel “rear-heavy” and raises the rack platform higher than usual, making it less stable when loaded. All batteries we tested are lithium-ion with at least 418Wh capacity, good for 30km of maximum assistance (even when thrashing them on our 20km hilly test circuit). If you want to ride further, look for a bike with a higher capacity battery, or be prepared to accept lower pedal-assistance in return for extended range.

Time to recharge the battery depends on the power of the charger. We found most pumped out 180W, recharging the battery from about 30% to full in less than 3 hours.

We were impressed with the weatherproofing of the systems, suffering no glitches or failures in our winter testing, which included riding in some atrocious weather. However, durability of batteries is worth consideration. All Li-ion batteries degrade with time, use and recharging – gradually losing capacity. Bosch says its batteries will retain 60-70 percent capacity after 500 full charge cycles – that’s at least 12,500km on maximum pedal-assist, or more than two years of 24km per day commuting, 5 days a week.

3. Finding the features to suit

A suspension fork adds safety and comfort. Unless you plan to ride off-road a lot, it doesn’t need more than 40mm of travel. It should be smooth and quiet when it moves. Test it by standing astride the bike and pressing down hard on the bars, then releasing quickly. Make sure the fork moves down smoothly under your weight and doesn’t make a “clunk” when it pops back up again.

For comfort, safety and versatility, large-volume tyres with good tread are essential. Some have reflective strips in the sidewalls. A puncture-resistant lining is a good addition, as there’s no such thing as a convenient puncture.

Mudguards protect you and your clothes from grime thrown up by tyres on wet roads in less-than-perfect weather. Look for full-length mudguards that wrap around the side of the tyre. A chain guard is useful if you ride in long trousers or skirt.

A rear rack provides a platform for attaching a bag so you don’t have to carry a load on your back. Look for a wide platform to provide support to your load – some we tested were narrow. Side frames on the rack are useful if you use pannier-type bags.

A kickstand makes parking and loading the bike easy. Look for one mounted near the rear hub, as kickstands mounted centrally can hit the cranks and pedals when pushing the bike and aren’t as stable with a heavy rear load.

The battery can be used to power fixed front and rear lights. This means you won’t get caught out at dusk or dawn, and modern LED lights use so little power you can use them as daytime lights without affecting pedal-assistance range. Being bolted to the bike makes them secure from theft and always there when you need them.

Some models have a suspension seatpost. Some of our testers liked the extra comfort, while others thought the “bouncing” made pedalling less comfortable. Most suspension seatposts aren’t adjustable so, if you’re a bigger rider, check it’ll support you adequately.

4. Buying from a good store

Find a local bike store that sells different e-bike brands and styles. A store that knows e-bikes will help you find a bike style and motor system that suit you. Talk to a few stores selling different brands.

Test ride as many bikes as you can, trying different styles with different motor systems – and not just around the car park. Take them on a ride of a few kilometres at least, typical of how you’d use your e-bike. Try them up and down hills, at speed on the flat, and around traffic and on shared paths. Some stores will rent you an e-bike for a day, refunding the rental cost if you choose to buy a bike from them.

Ask the store about maintenance and servicing. All bike shops can service a bike, but what about the motor? Ask how often the motor needs servicing, if they need to hook it up to a computer to analyse it, and whether they service it in-store or need to send it away. Also ask if they offer a free bike check-up and tune after a few months to adjust brakes and gears.

Before you hit the streets, you’ll need a few other items to go with your e-bike (and, no – one of them isn’t Lycra). At the minimum, you’ll need a helmet to ride legally on public roads and cycle paths and a good bike lock to protect your ride.

Talk to the bike store when you buy your e-bike, as it should be able to offer a good package discount on accessories.

You might also want to consider insurance. Adding an e-bike on to a home contents policy is the most cost-effective option. You need to specify the bike as an extra on the policy and maintain proof of value, but insurance shouldn’t cost more than a few percent of the bike cost. Check your policy covers your bike when locked in a public place, not just when stored at home, and includes third-party cover when riding.

6. Getting used to it

This report is free thanks to funding from NZ Transport Agency.

An alternative to buying a new e-bike is taking a normal bike and attaching a motor system to it. You potentially end up with the exact bike you want, with all the benefit of motor assistance. There are a few mid-drive systems around to choose from.

We tested the Lekkie Summit kit, comprising a 300W mid-drive motor, 468Wh battery, controller and display, on a Linus Dutchi bike. It wasn’t really a fair test, as the Dutchi was a basic, step-through city bike with three gears, a big, curly handlebar and cable-operated rim brakes. That showed in its lowly 41% “bike style” score.

However, the Lekkie motor kit did better, scoring 66%. It performed well climbing hills, despite the terrible riding position of the Linus bike, and unlimited assist and a hand throttle made riding at speed as easy as it gets (not that riding the Linus fast was anything other than a white-knuckle experience). We thought it would work particularly well on a bike set up for longer commutes.

There were problems though. The large display could be clearer to read and controller buttons on the display panel meant it had to be mounted by the handlebar grip to allow easy operation – which could be awkward or impossible on some bikes. We had some problems with the torque sensor intermittently “missing”, so the motor didn’t kick in when we started pedalling or didn’t give maximum assist when we were working hard. That could be down to a misalignment during installation of the kit, or a glitch in our particular bike, but it’s something to watch out for. 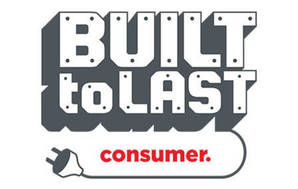