Protect your home and belongings with house and contents insurance.

Feeling the pinch from the cost of your house and contents insurance? It’s not surprising. Premiums for cover have increased more than 150 percent over the past decade.

Mounting costs of cover means it makes more sense than ever to check what you’re paying. We’ve found premium differences between insurers of more than $500 a year.

To help you compare options, we asked eight insurers to give us quotes for cover in five main centres: Auckland, Hamilton, Wellington, Christchurch and Dunedin. We requested quotes for:

All five cities have seen hikes in premiums since our previous survey but Wellington has been hardest hit.

After the Canterbury earthquakes, almost all insurers changed to sum-insured policies. These policies make the owner responsible for calculating the costs to rebuild their home and insuring it for this amount.

Full replacement is the other option. It means the insurer meets the costs of rebuilding your home to the standard you currently enjoy if it’s destroyed. However, Medical Assurance Society (MAS) is the only insurer in our comparison still offering full replacement (it calls it “area replacement”), though also has a sum-insured option.

MAS quotes for full replacement cover were at the pricier end of the scale. It was the most expensive for our standard house in Auckland, Wellington, Christchurch and Dunedin. However, the higher price reflects the fact you’re getting more bang for your buck.

MAS is a membership-based organisation. In the past, membership was restricted to doctors, dentists and other health-related occupations. However, it’s now open to other professionals.

In our customer satisfaction surveys, MAS rates highly. Ninety-one percent of its house insurance customers were very satisfied with its service.

AA Insurance and FMG offer full replacement for events other than natural disasters. However, FMG’s cover isn’t available in all areas: the company doesn’t offer policies in Wellington or Christchurch.

AA’s premiums were near the median price of the eight companies in our survey and typically cheaper than FMG’s. Both companies rate above average for customer satisfaction: 65 percent of AA’s house insurance customers were very satisfied with its service; FMG rated 80 percent.

Tower and Trade Me offer full replacement cover for fire only. For other events, they offer sum-insured cover.

The companies were the priciest options for our large houses in Wellington and Christchurch. Tower’s quote for the Wellington property was $4346, the most expensive quote we got and $900 above the median for the city. It was a similar story in Christchurch, with Tower quoting $3603, more than a grand above the median.

Tower continues to rate below par for customer satisfaction. Just 38 percent of its customers with a house insurance policy thought the insurer was doing a good job.

Sum-insured only: Three insurers in our survey only provide sum-insured policies: AMI, Lantern and State. They’re all brands owned by IAG.

However, both companies rate below average for customer satisfaction. Just 49 percent of State customers with house insurance in our survey were very satisfied; Lantern scored 41 percent.

Sister company AMI also rated below average: only 47 percent of its customers were happy with its performance.

If you’re a renter looking for contents insurance, MAS is worth considering. It had the cheapest premiums in Wellington and Christchurch, and topped our customer satisfaction table: 92 percent of customers with its contents cover were very satisfied with the service they were getting.

FMG offered the cheapest premiums in Auckland and Hamilton, and like MAS, rated well for customer satisfaction. However, it doesn’t provide cover in Wellington or Christchurch.

State had the cheapest price for our Dunedin renter but was the most expensive option in Wellington.

Lantern was the priciest option in Auckland, Hamilton, Christchurch and Dunedin.

There are two main reasons for recent increases in the cost of cover.

In July 2019, the Earthquake Commission (EQC) levy – which you pay with your insurance premium – increased to $345 from $276. This rise was due to EQC’s residential building cap rising from $100,000 to $150,000 – that’s the amount EQC contributes in the event natural disaster strikes and you need to make a claim.

However, the biggest factor behind premium hikes is the move by insurers to shift to full risk-based pricing for earthquakes. This means if you live somewhere with a higher chance of earthquakes, you’ll be charged more for insurance. Homeowners in Wellington and Christchurch have seen premiums jump sharply as a result.

Tower was the first to switch to full risk-based pricing for earthquakes in June 2018. Others have since followed.

Climate change impacts are also becoming part of the picture. More insurers are now factoring climate risks, such as coastal erosion and flooding, into their calculations.

With premiums continuing to rise, there’s a growing risk homeowners could be priced out of the market and won’t be covered when disaster strikes. We think it’s time for the government to review natural disaster cover. If the private insurance market can’t deliver affordable cover, then EQC will have to take on that role.

The recent public inquiry into EQC, led by Dame Silvia Cartwright, made a range of recommendations to beef up its role and ensure it’s doing the job it’s meant to do. Recommendations include increasing the EQC cap to cover the average cost of building a house. We think that change is overdue.

We asked insurers to quote annual premiums for comprehensive policies for three profiles:

We’ve made these assumptions:

Most companies offered discounts for taking out combined house-and-contents policies and for being claims-free for a set number of years. Most offered a discount if the home had an alarm. We accepted these discounts. Other discounts are noted in the policy detail pages. 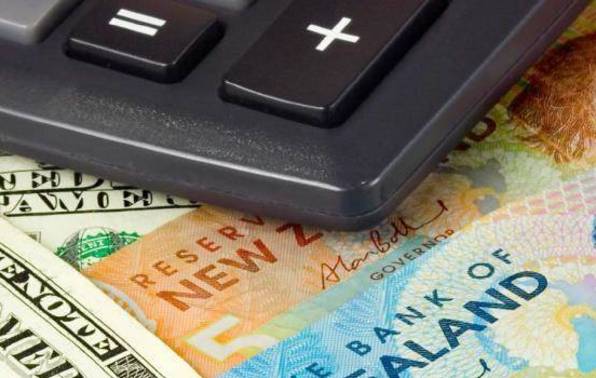 Who’s liable if tenants cause damage?